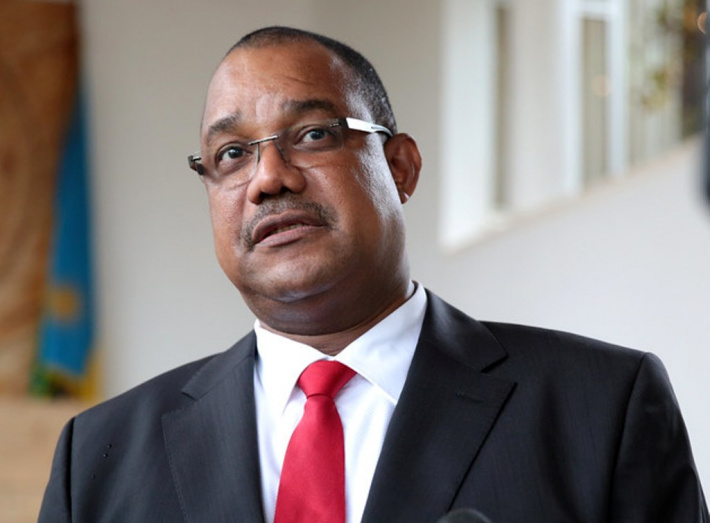 Dr Herminie: We interact very well. Seychelles NATION publishes our press releases, attends our press conferences and provides us with satisfactory coverage. We have a very good and cordial relationship, particularly between the paper and our media section. Moreover, there was an instance were United Seychelles felt that one of the articles regarding our party had not been fair and Seychelles NATION reacted immediately after we expressed our complaint ‒ it reacted within 24 hours to put things in perspective. It is this type of relationship which we have with Seychelles NATION ‒ one that is based on honesty and mutual respect. Seychelles NATION does not pick and choose which information to reproduce or publish, even with the most controversial issue which some other news outlets might shy away from.

Dr Herminie: Even though Seychelles NATION is a state-owned newspaper, I believe that it has gradually become a balanced newspaper which tries its best to publish opinions of various demographics in the society and the political parties too, in a manner that is fair and neutral. It is true that you can sometimes find articles that are bias but this usually is the result of certain journalists rather than the principles of the editorial team.

During some of its 45 years, the newspaper found itself under the control of the governments of the time ‒ either the government under Mr [Sir James R.] Mancham, or later under Mr [Albert] René. In fact, during the last four years Seychelles NATION had made a lot of strides and evolved into a paper that is more balanced.

Before television and broadcast news were introduced in Seychelles, the only way for people to gain information were through Seychelles NATION and Radyo Sesel. And politicians and the government of the time saw fit to control the newspaper, for the obvious reason of controlling what was published and the people’s perception. I have noted in the last four years however, particularly since the last eight months when I have stepped in as the US party leader, that Seychelles NATION is fair and does not only report on news relating to government but also other topics including the opinions of the opposition.

Seychelles NATION: And what do you think about its content?

Dr Herminie: Including columns for analysis or expert opinions will definitely be a step forward for the paper but this has to be balanced because sometimes these analyses can be partisan-based or lean towards a particular idea. However I like to think that Seychelles has become a more tolerant society when it comes to diverse opinions. It is true that Seychelles NATION is primarily focused on reporting at present or reproducing press releases but at the same time it is not a paper like Financial Times which delves deeper into a subject, because you need specialised journalists for this. Its content is good and balanced ‒ it has adverts, news, horoscopes which I read often.

Dr Herminie: I do not believe that papers such as Seychelles NATION will lose their relevance faced with social media. Some papers like PEOPLE have chosen to go digital but people from my generation finds it hard to read a newspaper on a smart phone, we’d rather have our hard copies. Certainly, the newspaper has to evolve with the times as well. It should not see Facebook as the opponent; social media puts pressure on mainstream media to come out with information ‒ verified information, at that ‒ in real time or as early as possible. This nips rumours and misinformation circulating on social media in the bud.

Social media has become an incredible encyclopedia but papers such as Seychelles NATION also have their role in disseminating information.

Dr Herminie: As the newspaper marks its 45th anniversary, it is important to note that Seychelles NATION is a national pride, it is synonymous with Seychelles. There have been rumours that the newspaper might close down and so on, and this is something that we do not want to see happen. There are things in a country’s history that have important significance and Seychelles NATION itself is a newspaper that forms part of our daily routine, every morning people look at Seychelles NATION either for the articles or to check for vacancies or a house to rent. I hope that it continues to exist and that whichever government comes to power supports this newspaper to continue providing factual information, all the while keeping in mind that it has to evolve in the digital era.

Compiled by Else Pointe