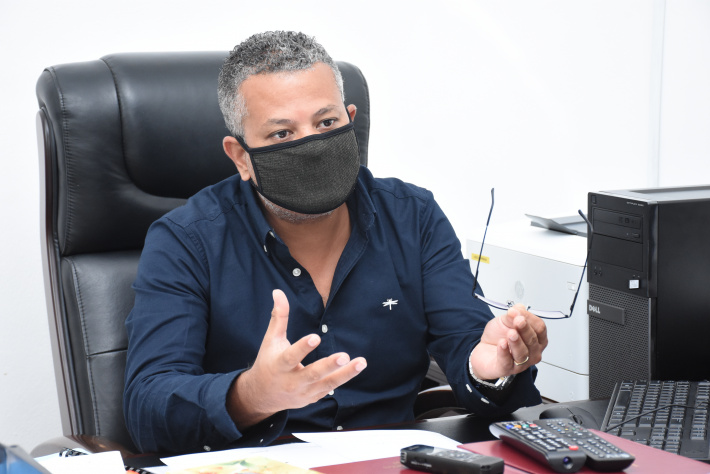 The United Seychelles (US) caucus of the National Assembly was noticeably absent on Sunday as their Linyon Demokratik Seselwa (LDS) counterparts were taking the vaccine against Covid-19.

In an interview with Seychelles NATION yesterday, leader of the opposition, Honourable Sebastian Pillay, explained that even if the US members were not present, the party fully supports the vaccination campaign in the country.

Hon. Pillay noted that the vaccine is a step in the right direction in dealing with Covid-19.

“However, just because some got the vaccination does not mean that they cannot still contract the virus,” he said.

“It is important that people keep following the guidelines set by the health department as it will go hand in hand with the vaccine, because vaccination on its own will not provide 100% assurance against Covid-19,” Hon. Pillay stressed.

He continued by saying that US feels that there should be stricter measures in place that will work alongside the vaccination to give the campaign a higher chance at being successful.

“People are still not abiding by the social distance guidelines and are still assembling in groups. So, until our population has developed herd immunity against the virus our people will still be at risk,” said the MNA.

“Covid can also be transmitted through touch which means that people are at risk when they are in a bus at full capacity,” he said.

Stricter control on entrance to La Digue was also brought up as the MNA feels if we have more control on the island when it comes to safety measures then we can avoid an outbreak on La Digue.

Another suggestion is close monitoring of the restrictive measures in communities to make sure that people are adhering to them.

He also noted that a lot of suggestions he had proposed and were rejected are now being enforced by the government.

One example is that he was against the closure of the Beau Vallon Bay as a quarantine facility but is now being reopened.

“I also suggested in earlier interviews to cease sporting events as they pose possible risk of infections but it was only done when the outbreak began,” he said.

He added that he also suggested restrictions on movement that was only recently enforced.

“Now I have brought forward fast-track testing for medical workers as they are the most at risk of infection. The risk is much higher for nurses than an ordinary citizen,” he said.

He continued by adding that if the results are not fast-tracked then there is the possibility of community transmission as the health worker would be walking around unaware that he/she is infected.

“We need to protect our health workers as they are the backbone of our country right now,” Hon. Pillay said.

Mr Pillay affirmed that he is not being negative to the measures that the government has put in place but he feels that there must be someone to alert the government that some of its measures might not be up to par.

When asked about the vaccination roll-out ceremony on Sunday, Hon. Pillay remarked that he felt that guidelines were not properly followed as everyone were assembled in a large group without any social distancing.

“A ceremony bringing all our leaders together in one group is a bit risky and it was not wise for all of them to take the vaccine at the same time. Not that there is anything wrong with the vaccine, but an abundance of caution should have been taken,” he observed.

He added that United Seychelles will stand in solidarity with their constituents in their district and receive the vaccine when it is available for the general public. He noted that he will not be taking the vaccine as leader of the opposition but as Sebastian Pillay.

“The vaccine also depends on the individual if they want to take it and as leader of the opposition I will not force any of my colleagues to take the vaccine,” said Mr Pillay.

He also pointed out that he supports the campaign but taking the vaccine should be entirely up to an individual and he or she should not be shamed if they choose not to take it.

Regarding the Sinopharm vaccine the political party feels that more information should be shared in order to quell any doubt the public might have.

“It is important that the population do not develop a fear of the vaccine because they will refuse to take it. We want people to be willing to take the vaccine not only for their health but also for the health of their family and friends,” Hon. Pillay said.

He added that he will be encouraging people in the community to take the vaccine whether its Sinopharm or any other type of vaccine, but at the end of the day the decision is entirely up to them.

Mr Pillay ended the interview by urging the population to keep practicing the safety measures and not to let their guards down even after taking the vaccine.