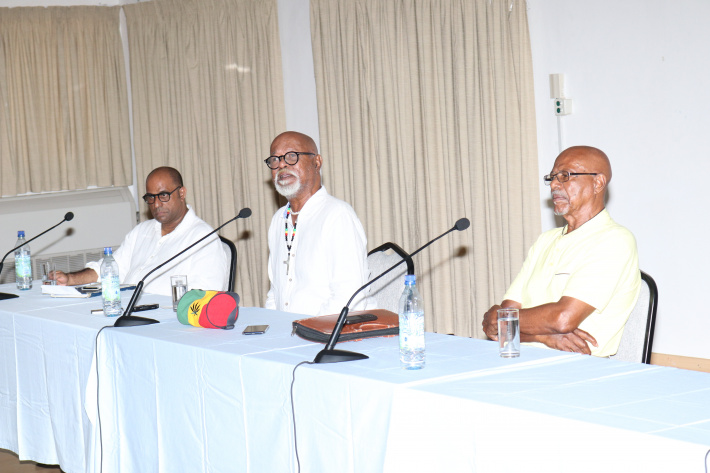 Mr Pillay, joined by secretary general of the party Daniel Cesar and the party’s three National Assembly candidates, namely Neville Quilindo who is standing for Au Cap, Weston Wirtz representing the English River district and William Cadeau, who is contesting the Les Mamelles seat, stated in a press conference yesterday morning at the STC conference room, that he has extended his support for United Seychelles (US) primarily because it is an offshoot of former President France Albert Rene’s founding party, Seychelles People’s United Party (SPUP).

“The first reason that I am joining, and supporting US, is to say thank you to Mr France Albert Rene, who has made me the fearless politician and who is ready to stand through anything, in the interest of Seychelles and its citizens,” Mr Pillay stated.

Despite expressing support for US, Mr Pillay, whose nomination as a presidential candidate was rejected by the Electoral Commission of Seychelles on September 16, affirmed that he will not be pursuing legal action against the commission, and that he remains confident that his candidates will win National Assembly seats in the respective districts for which they are standing.

Reacting to Mr Pillay’s announcement, secretary general of United Seychelles (US), Andy Jean-Louis, said Mr Pillay’s endorsement is welcomed by the party, although they were not necessarily formally informed prior to Mr Pillay’s public declaration.

“United Seychelles (US) understood that there would be four Presidential candidates and we appreciated it as the more candidates there are, the more options the public have to choose from, and the more the process is democratic. We were confident to go into the elections on our own as US with President Faure as our candidate,” said Mr Jean-Louis.

Although he acknowledged that Mr Pillay met with US party leader Vincent Meriton, Mr Jean-Louis noted that they were not necessarily sure that Mr Pillay would indeed endorse the party, based on the fact that he was also meeting with other political party leaders at the time, specifically presidential candidate Alain St Ange of One Seychelles.

Meanwhile, Mr St Ange has said his party, One Seychelles, has no intention of joining with any other political party for the forthcoming elections. 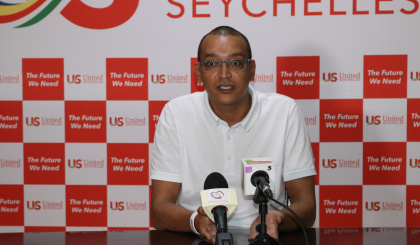