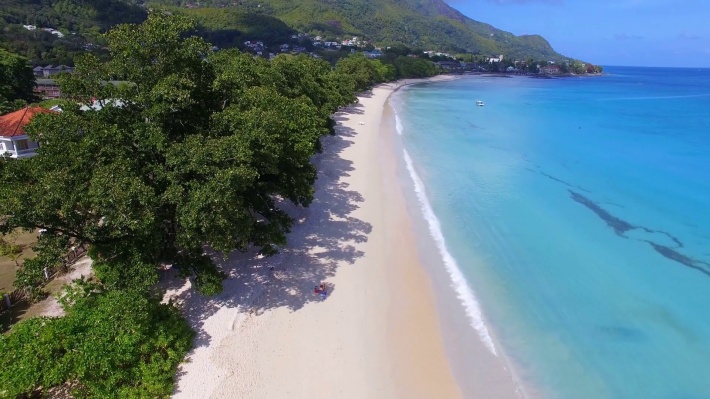 An aerial view of Beau Vallon beach, the first to have received the White Flag certification

Seychelles has been chosen by the Ocean Alliance Conservation Members (OACM) as pioneer of the ‘White Flag’ certification for being the first top environmental ocean tourist destination providing plastic free beaches.

The ‘White Flag’ certification of the Beau Vallon beach last year was the beginning process which had set the stage for discussions and negotiations with the Seychelles authorities for other beaches to be white flagged.

This was said by Kristijan Curavic, the president of OACM, after paying a courtesy call on President Danny Faure yesterday at State House.

The OACM is the initiator of the White Flag initiatives which stands for the world's most purest and cleanest oceans’, lakes' and rivers' surfaces physically cleaned from plastic and other marine debris.

“Many countries in the world provide many things like beautiful rooms etc.. but none of them actually provides the most fundamental thing and that is a clean ocean,” Mr Curavic said.

Mr Curavic said that Seychelles as the pioneer country for the White Flag certification will be awarded at the next Plastic Ocean Summit to be held in Croatia in March 2020.

He noted it will be an opportune opportunity for Seychelles, who depends on the tourism industry, to show other nations how the natural resources of the ocean should be treated.

During the discussion, which was also attended by the Minister for Finance, Trade and Economic Planning, Ambassador Maurice Loustau-Lalanne, it was agreed for forty to eighty beaches in Seychelles (Mahé, Praslin, La Digue and outer islands) to be clean free of plastic and be White Flag certified.

Mr Curavic said that expert divers and administration personnel from OACM will come to Seychelles in the next two months to help with the clean-ups of the beaches and monitoring which will also include ports, harbours and other wild marine areas not normally accessed by the public.

They will also be placing signs and White Flags around the beaches to certify that the places are safe marine areas, free of plastics. The places to be ‘White Flag’ certified will be made known during the course of the clean-up operations.

He further said that there will also be a campaign to raise the awareness of the public and tourists coming to Seychelles on the importance of keeping the ocean free of plastics.

Mr Curavic also said that OACM will make a movie about the Seychelles and the clean-up operations taking place which will then be presented at the Plastic Ocean Summit and also be used as promotion material at events organised by big world organisations such as at the United Nation’ environment and tourist programmes and to many others.

He hailed President Faure’s leadership and vision on environmental issues.

Mr Curavic was in Seychelles in September 2018 to award President Faure the first White Flag to our Republic for the certification of Beau Vallon beach as a clean beach in a ceremony held at Beau Vallon promenade on September 8. It was also in recognition for the country’s effort to maintain a clean sea and coastal zone against the problem of marine plastics and other marine debris.

The event was followed by an address by Vice-President Vincent Meriton later in October 2018, at the fifth Our Ocean Conference in Bali, Indonesia, on Seychelles’ commitment towards the certification and efforts towards clean beaches and coastal zones and its willingness to add more sites to be White Flag Certified. 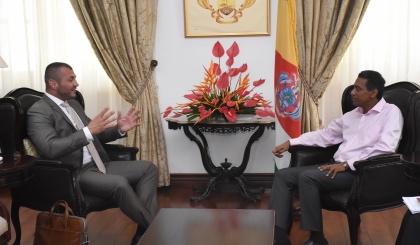