“Those who educate children well are more to be honoured than parents, for these only gave life, those the art of living well” said famous philosopherAristotle.

Can we ever stop being thankful and grateful to our teachers? The answer is: No, we cannot!

“Teachers affect eternity; no one can tell where their influence stops” is another famous quote by Henry Brooks Adams.

Seychelles NATION in collaboration with the Ministry of Education pays tribute to four teachers ‒ Emma Marie Lesperance, Suzie Barbé, Cecile Sheila Gabriel and Giselle Aimée André ‒ who left us this year. Their contributions have been invaluable towards this sector, touching, changing, and transforming many lives. Thanks to their unconditional love, we are who we are today.

Let me share with you a famous Mauritian saying which goes like this ‘Profeser i resteprofeser, zelevi vin avoka’ (Translated in English to‘Teachers remain teachers, while students become lawyers’).

Today we dedicate space in the Seychelles NATION newspaper to our teachers who left us this year. They all planted the seeds of knowledge, sprinkled them with love and patiently nurtured their growth to produce today’s and tomorrow’s dreams.

In January 1959, Mrs Lesperance attended the Teacher Training College and graduated in December the same year. In January 1970, she was posted back to Baie Ste Anne Praslin primary school to complete her one-year probationary period and she successfully completed it in December 1970 and was appointed as a certificated teacher.

In January 1972, Mrs Lesperance travelled to Brentwood College in Essex, Britain to attend a Mathematical courseand in April 1972, she was back in the country to work with schools, mainly as a Mathematics teacher. The knowledge and skills acquired really equipped Mrs Lesperance to help her schools make progress and record achievements in terms of teaching and learning of Mathematics.

Her employee performance appraisal review reveals that ‘Ms Emma’, as the students called her, was committed and hard working. She did her job with devotion, was cooperative and a great helper to the headteacher in the good running of the school.

In 1977, during the absence of the head teacher, Mrs Lesperanceappreciated the responsibility of taking charge of the school.

Mrs Lesperance was in 1981 given the opportunity to further her knowledge of Mathematics by following a Diploma course, but for personal reasons she could not do so. However, she showed interest in continuous professional development courses in Mathematics to further improve her teaching and enhance effectiveness in the classroom.

Although Mrs Lesperance reached retirement age in 1997, approval was granted for her to remain in employment beyond retirement age from April 1997 to December 2000 and she also worked on a part-time basis for oneyear ‒ from January 1, 2001 to December 2001 ‒ at the Baie Ste Anne Praslin primary school where shespent most of her teaching career.

The Ministry of Education would like to thank Mrs Lesperance for her long years of dedication to the teaching profession and to educating our youth. The ministry would also like to express its deepest sympathy to Mrs Lesperance’ family.

May her soul rest in eternal peace and her memories live on.

Suzie Marilyn Barbé (better known as Miss Suzie) was born on March 2, 1967. She did her primary education at La Rosière School (primary one to primary nine) and joined the National Youth Service (NYS) from 1983 to 1984.

In January 1985, she joined the School of Education and Community Studies and successfully completed a three-year teaching course in December 1987.

Miss Suzie started working for the Ministry of Education in January 1988 as a primary school teacher and was posted to Bel Ombre school on a probationary period of one year. In January 1989, she was promoted to the post of certificated teacher.

During her time at Bel Ombre primary school she was entrusted with the responsibility of tutor teacher for students on teaching practice. Miss Suzie also became the ………..(STA) liaison person in early childhood for the school.

In January 1996, Miss Suzie followed a one-year Diploma Part 1 in Early Childhood Development at the School of Education following which she was posted to Bel Eauprimary school.

Miss Suzie has been described as a kind, gentle, well loved, and respected person. All the head teachers with whom she has worked, have described her as hard working, serious and someone who has been able to develop her pupils as independent learners. Miss Suzie was known to have had good rapport with her pupils.

To her fellow colleagues, she was a good team member, and she would participate willingly in school-based activities.

Miss Suzie was passionate of her vocation till her very end. She sadly passed away on March 30, 2021. She has worked continuously with the same ministry for 33 years and spent 24 years at Bel Eauprimary school.

Miss Suzie will be sadly missed by staff, pupils and every member of the school community who knew her. The Ministry of Education extends its sincere condolences to Miss Susie’s family.

Sheila Larue, née Gabriel, attended the Seychelles Polytechnic’s School of Education and Community Studies from January 1988 to December 1990.Upon completion, she was appointed as an animateur with the National Youth Service.

Miss Sheila started her probation period in January 1991 at the National Youth Service (NYS) village, however, in March 1991 she opted to join the Secondary Vocational Teachers Certificate course at the School of Education and Community Studies. She graduated as a certificated teacher in social economics at secondary level in December 1992 and was posted toAnse Royale secondary school.

In 1996, Ms Sheila accepted to follow courses at the School of Education and Community Studies and she successfully completed Diploma 1 and Diploma 2 in Education in 1996 and 1997 respectively (Secondary Social Economics).

After completing her training,Ms Sheila Gabriel was posted to Beloniesecondary school in 1998.

Ms Sheila made the most of all opportunities that came her way to enhance her professional development. She attended a course in Food, Bar and Restaurant in December 2000 organised by the Seychelle Hotel and Tourism Training Centre (SHTTC) and another course in Office practice organised by Aldec in January 2001.

She was transferred to Pointe Larue secondary school in 2002, where she spent most of her teaching career. In 2007 from May to September, she successfully completed a course in Careers Education and Guidance at the National Institute of Education.

In 2008, she was given additional responsibility as head of year (HOY) since she demonstrated the ability to ensure that her level functions according to the school’s expectations for both behaviour and learning.

In 2010, she was appointed professional development facilitator of the Pointe Larue secondary school.

She became the TVET liaison person in 2017.

Ms Sheila was also a leader where spirituality is concerned. To help with spiritual education in her school, Ms Sheila took up training with the Roman Catholic diocese of Victoria in collaboration with APSHF and in 2010 she was awarded a certificate in leadership.She was also an active member of the popular programme ‘Education à la Vie’.

Her employee performance appraisal review reveals that Ms Sheila was committed and hardworking. She took part in all school activities and was actively involved in extra-curricular activities (ECA). She has been a Care club coordinator, a Wildlife club member and was also active in fund-raising activities as well as Creole festival activities. The management of the school described her as an asset.

In June 2020, Ms Sheila went on a long medical leave and it was unclear when she would be back to work because of her medical condition.

In September 2020, she was medically boarded and therefore recommended premature retirement on medical grounds as of October 2020.

The Ministry of Education would like to thank Ms Sheila for her long years of dedication to the teaching profession and to educating the youth.

The ministry would like to express its deepest sympathy to Ms Sheila’s husband,Vincent Larue, her children and all other members. 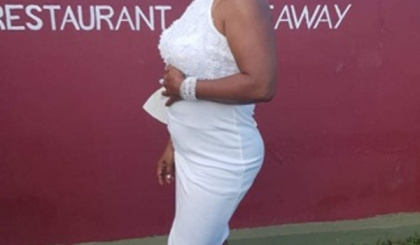 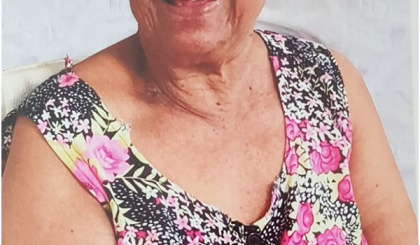 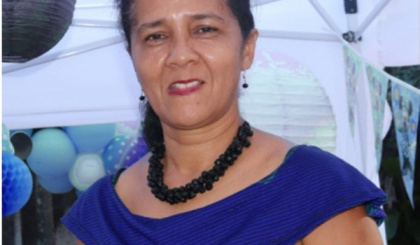 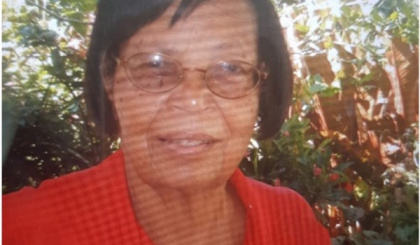