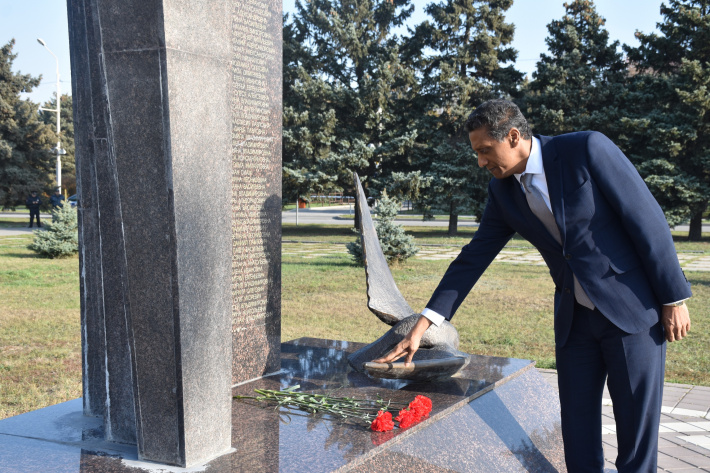 President Faure at the monument in Rostov-on-Don

Following the Russia-Africa Summit in Sochi, President Danny Faure visited Rostov-on-Don yesterday, a city in southern Russia, together with Sylvestre Radegonde, the Seychelles ambassador to the Russian Federation.

The President and Ambassador Radegonde visited the monument in Rostov-on-Don in honour of those who lost their lives on the Flydubai aircraft that crashed in the city in March 2016. The flight had a young Seychellois crew member on board, Alex Confait.

President Faure also met the governor of the Rostov region, Vasily Golubev, to discuss areas of potential cooperation including tourism and trade.

Rostov is the sixth most populated federal district in Russia. 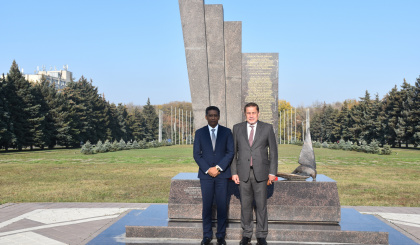