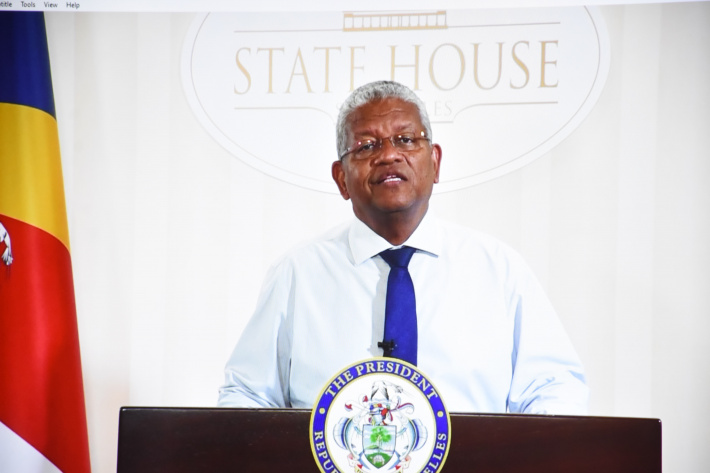 Seychelles needs to do more to develop a National Anti-Corruption Strategy, deal with unexplained wealth, witness protection and declaration of assets for senior politicians.

These were the recommendations made at the end of a half-day forum organised by the Anti-Corruption Commission Seychelles (ACCS), to coincide with International Corruption Day yesterday held under the theme ‘Uniting the World Against Corruption’.

It got underway with a special video message by the Head of State, President Wavel Ramkalawan, who reiterated the call for the country to unite in fighting corruption.

Mr Ramkalawan said there was also a need for cultural change in the fight against corruption. “For too long we have either accepted corrupt practices or turned a blind eye to them. There must be more accountability of public officials and we must rid the ministries and departments of those bad apples who do not abide by the principles of honesty, integrity, and truthfulness,” he said.

He also urged the public to use the Access to Information Act more, and to question the information commissioner, as he said access to information is key to accountability, “and with accountability comes the scrutiny that shines a light in dark corners”.

President Ramkalawan also announced that Seychelles will be hosting the 13th regional conference of Heads of Anti-Corruption agencies in Commonwealth Africa in May, 2023 and the ACCS will move from being the vice-chair role to chair of the association for a year thereafter.

The Head of State said the country will also be welcoming delegations from Gabon and Uruguay to review its anti-corruption mechanics “as we constantly strive to develop our laws, infrastructure and responses”.

For her part, the Commissioner of ACCS, May De Silva, said they were proud to be joining the rest of the world in “celebrating our commitment to fighting corruption in a united way through effective investigation, detection, prevention and prosecution of corrupt practices for a corruption free Seychelles”.

She said it was also important to reflect on the last 20 years of the United Nations Convention Against Corruption (INCAC).  According to her, INCAC has assisted ACCS since its creation in 2017, through its domestic law, to make progress towards becoming a robust institution fostering a corruption free society in an environment of integrity, accountability and transparency.

Speaking to local media, Mrs De Silva said yesterday’s forum was to look at how various local entities handle complaints, and how the ACCS could assist them to enhance corruption detection, and investigate the cases.

Mrs De Silva said although Seychelles has made some strides, the infrastructure was not strong enough, with limited human resources in specialised fields such as legal, financial, digital forensic to carry out investigation, prevention and prosecution.

The forum has proposed the country should develop a National Anti-Corruption Strategy, find ways to deal with unexplained wealth, declaration of assets for senior politicians as well as witness protection.

“Whistle blowers fall under our law but it is not strong enough so we need to relook at it. We are working in close collaboration with Transparency Initiative Seychelles to see how the law evolves and whether to include it in the existing anti-corruption law or make it stand on its own,” explained Mrs De Silva.

She also announced that despite their limitations, four new corruption cases will go before the office of the Attorney General in mid-December.

Yesterday’s forum also included a presentation by the Minister for Local Government and Community Affairs, Rose-Marie Hoareau, on her ministry’s restructuring as part of corruption preventive measures.

She stated that their journey to change and good governance started with a workshop  in 2021 on the importance and benefits of credible change, followed by building the change team, introduction of new processes with new checks and balances, including the rotation of district administrators.

“The introduction of rigorous background checks on suppliers eradicated blatant corruption practices which were ongoing in the ministry. This enabled us to eliminate from our books companies formed by employees who were providing services to the ministry by dishonest means,” said Minister Hoareau.

She said despite the achievements, the ministry cannot be complacent and must conduct regular review of its processes and internal controls.

The participants also heard from ACCS lawyer, Edmund Vickers, who gave an international perspective on corruption.

One of ACCS’ legal advisors (name withheld) made a presentation to highlight the collaboration and cooperation in the fight against corruption and to create awareness of the benefits of having memorandums of understanding as a means in combatting corruption in all forms.

Internationally, ACCS has agreements with the Independent Commission Against Corruption of Mauritius who work very closely with our partners in the International Anti-Corruption Coordination Centre.

ACCS said there are other MoUs in the pipelines and has invited more public bodies to come forward to sign MoUs with them. 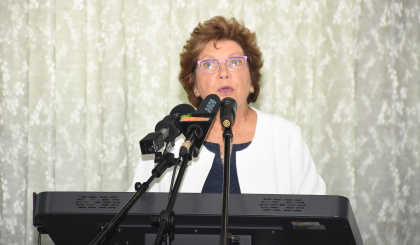 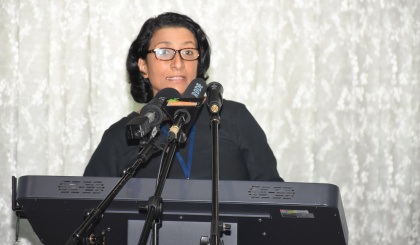