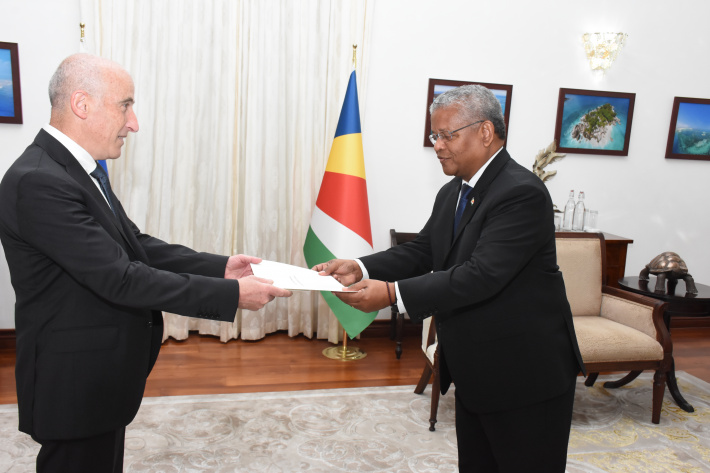 The newly accredited Israeli ambassador to Seychelles, Michael Lotem, said he has held discussions on concrete areas of cooperation between the two countries and these include business, health and tourism.

Mr Lotem was speaking to the media after presenting his credentials to President Wavel Ramkalawan at State House yesterday morning.

He said presently Seychelles and Israel have a strong cooperation in tourism, which has been enhanced with direct flights between the two countries and during his talks with President Ramkalawan they talked about how to further consolidate cooperation in that area.

“The emphasis was on how to create ideas that can be carried out in tourism of course,” he said.

Other than tourism the two also talked about agriculture, an area which he said had huge potentials and which needs to be explored.

Following his talk with President Ramkalawan, the new Israeli ambassador to Seychelles signed the guest book and also held a brief talk with Vice-President Ahmed Afif, where he further elaborated on the points raised with the president.

The relations between the State of Israel and the Republic of Seychelles were officially established in 1992.

Mr Lotem will be based in Nairobi, Kenya.