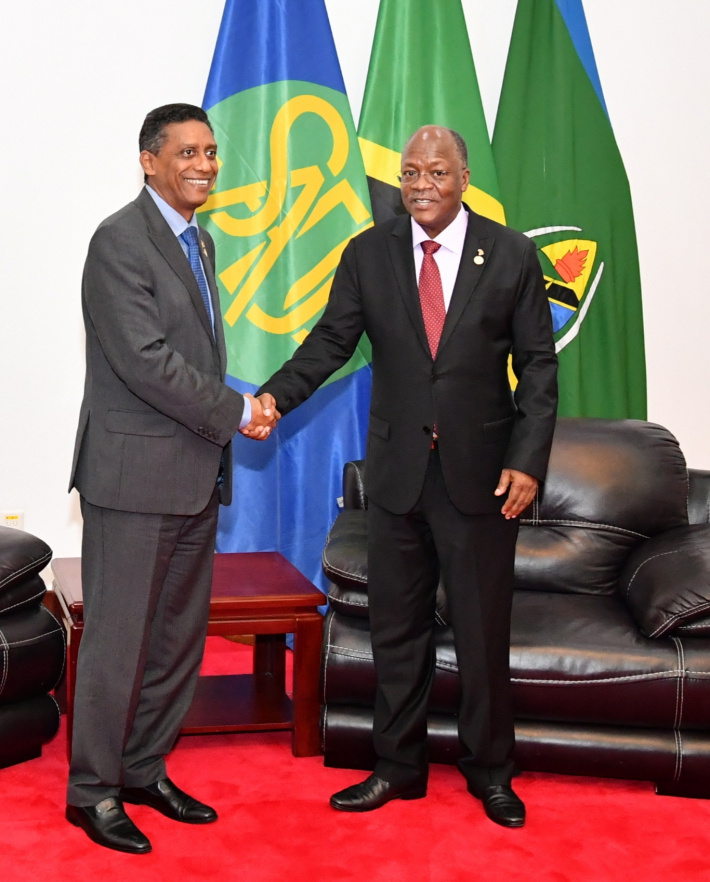 President Danny Faure met the President of the United Republic of Tanzania, Dr John Pompe Joseph Magufuli, on the sidelines of the 39th Ordinary SADC Summit of heads of state and government.

The meeting was an opportunity for both heads of state to discuss matters of mutual interest. These included reinforcing existing areas of cooperation and exploring potential areas for future collaboration, strengthening the friendship based on common values and shared principles between the two countries.

On his part President Magufuli echoed his government’s commitment to further enhance relations with Seychelles in the areas highlighted by President Faure and translate them into concrete actions for the mutual benefit of both peoples. 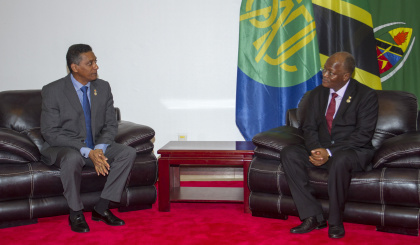 The two leaders in discussion