Young female jumps specialist Natasha Chetty is yet to compete since starting training and studying at the University of Nevada Reno in the United States of America last year, but is satisfied with her progress thus far.

Double gold medallist at the last Indian Ocean Islands Games (IOIG) in Mauritius in 2019 inside the Germain Commarmond Stadium in Bambous, Chetty said she is grateful for the opportunity to train in the United States of America (USA).

She told Sports NATION that she was contacted by her present coach to join the women's track & field roster of the Nevada Wolf Pack team as a freshman.

“My coach had wanted to recruit me on his team. We struggled quite a bit before it became possible. The coach was eager to have me on his team and he fought through and made it possible,” Chetty told Sports NATION via messenger.

The 21-year-old says she practices five times a week with sessions lasting between one hour and one hour 30 minutes.

She added that: “Honestly training in Seychelles was as good as it is here (USA). I had a great coach, Carlos Vizcaino. But here there are more facilities, more resources, equipment and even the medical/physical treatment an athlete needs. I must add that there are some exercises that are new to me.”

Chetty, who studied Business and Accounting at the Seychelles Business Studies Academy (SBSA), is pursuing her studies in the same fields at the University of Nevada Reno.

With her two gold medals won at the IOIG in Mauritius in 2019, Chetty established herself as the region’s jumps specialist. She won the long jump gold medal with a best leap of 6.04m and followed it up by clearing the bar at 1.70m in the high jump.

“I’m overwhelmed! This is my first time in the Indian Ocean Islands Games and I am very happy to win two gold medals. I was confident about it and I am satisfied with my performance,” Chetty told Sports NATION when she achieved the feat in Mauritius.

Her personal best in the high jump is 1.77m and she got it at the African Junior Championship for the Under-18 and the Under-20 held in Abidjan, Ivory Coast in April 2019 to win a silver medal.

She was the junior female high jump champion of the Confederation of African Athletics (CAA) Southern Region Youth and Junior Championship in April 2018, clearing the bar at a height of 1.75m at the Boksburg Athletics Stadium in Johannesburg, South Africa.

In the Sports Awards of the Year 2019, Chetty was ranked fourth overall behind Sportswoman of the Year Felicity Passon (swimming), runner-up Romantha Larue and third place finisher Clementina Agricole (both weightlifting). 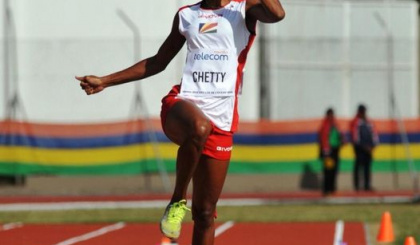 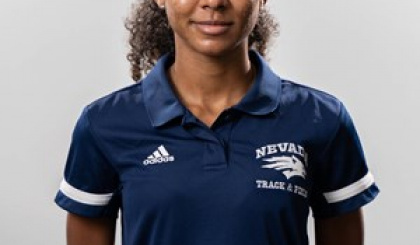