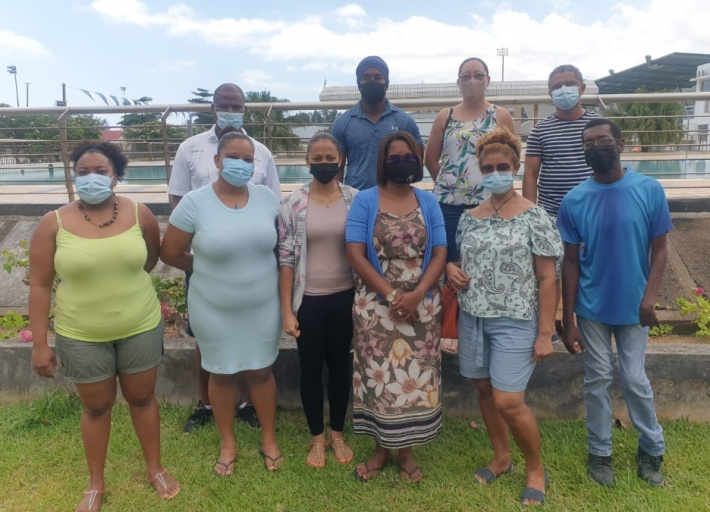 The Paralympics Association of Seychelles which works with disabled athletes, mostly in preparation for the Paralympics Games, held every four years in the same year as the Olympic Games has a new executive committee.

The association is affiliated to the International Paralympic Committee (IPC) – the global governing body of the Paralympics movement – which organises the summer and winter Paralympic Games and act as the international federation for nine sports, supervising and coordinating world championships and other competitions.

Geralda Charlette is now occupying the post of treasurer which was previously being occupied by Pookhothai Pillay.

The idea to form the Paralympic Association of Seychelles came about in March 2013, following the visit of Rwanda National Paralympics Committee chairman Dominique Bizimana and Elias Musangeya, the senior development consultant at UK Sport.

Seychelles made its Paralympic Games debut at the 1992 Summer Paralympics in Barcelona, with just two representatives, namely Cyril Charles who competed in both swimming and athletics, and Elvis Victor who entered the athletics competition, with neither winning any medal.

He instead competed in one swimming event and posted a time of 41.59 seconds in heat 1, finishing eighth and not advancing out of the heats.

Charles was back at the Summer Paralympics in Rio, Brazil in 2016. Aged 56, he threw a distance of 16.97 metres in the men's F56-F57 javelin event to finish 14th overall. The event was won by Iran’s Mohammad Khalvandi with a best throw of 46.12m. The silver medal went to Abdollah Heidari Til also of Iran with a distance of 43.77m and the bronze was taken by Ngoc Hung Cao of Vietnam who threw the javelin over a distance of 43.27m.