Two witnesses appeared before the Truth, Reconciliation and National Unity Commission panel in open session yesterday afternoon to discuss their involvement in an alleged coup in 1978 that subsequently landed them in detention for three months.

First to appear on the panel was Julien D’Offay who shed some light on the events that transpired.

He began by saying that there was no summon to arrest him and that he was arrested at the behest of a police commissioner on the pretense that they were involved in a counter coup to overthrow the government.

In a document provided by the British embassy, it stated that Mr (James) Mancham and several associates had contacted a prominent mercenary leader and had asked for the support of 200 men to launch an attack on Seychelles in exchange for R2 million. The document further stated that they had already contacted several Seychellois living in Seychelles and elsewhere and the plan was to have ships bring arms into the country.

The mercenary had purchased a boat named ‘The Adventurer’ in Mombasa, Kenya where the mercenaries would board for the Seychelles and upon their arrival groups of Seychellois on Mahe and Praslin would stage an uprising.

The document further states that Mr D'Offay’s role in the coup was to investigate groups of people to rebel and to draw the attention of security forces to allow the mercenaries to go unnoticed.

Mr D’offay vehemently denied the accusations and stated that the allegations were made for them to have a reason to seize his properties.

He further claimed that he was detained because he supported Mr Mancham’s Democratic party.

The United States department who had investigated the alleged coup discovered that ‘The Adventurer’ was not fit to sail and noted that they did not believe there was any credibility in the claims of the government regarding the alleged coup.

General witness Parvez Udwadia was the second person to appear before the panel and he refuted claims that he was part of an alleged coup organised by Mr James Mancham and his associates. Because of these claims of treason, Mr Udwadia and 20 other people were held captive for three months

After hearing his complaint, the Truth, Reconciliation and National Unity Commission (TRNUC) panel received a document from the archives of the United Kingdom which was sent by the British commissioner at the time detailing why some people had been detained including Mr Udwadia. According to the document, Mr Udwadia was detained because of his involvement in supplying transportation, weapons and information to Mr Mancham.

Mr Udwadia refuted these allegations and noted that when he returned to Seychelles in 2002 he went to the central police station where he was given a certificate that states he did not have a criminal record despite claims that he was part of the alleged coup.

He did however confirm that he did own 25 small boats in his SEYCAT fleet, but didn't have anything to do with the coup.

Mr Udwadia added that when he was arrested no cause was given to him and he was in detention for over three months.

He further added that if these claims were true they would have been tried before a judge but they weren't.

TRNUC chairperson Gabriel McIntyre asked Mr Udwadia if he thinks the story of the coup was fabricated to give a reason as to why they were being detained to which he agreed.

Ms McIntyre added that this situation was strange as newspapers like the Weekend Life were reporting on the case, however nobody knew the real reason why they were arrested besides the one given by the government.

The Americans also did an investigation in Kenya and found that the boat that was to be used supposedly was not seaworthy and this further supported the claims that the coup was fabricated.

Mr Udwadia stated that nobody knew why they were being detained, but they claimed he was an active member of Mr Mancham’s political party, a claim Mr Udwadia said is true but he was not part of any shady business especially any countercoup activities.

The chairperson also added that when the government took power they were on the alert about an attempted coup, however for this particular incident there is no evidence of any attempt in overthrowing the government. 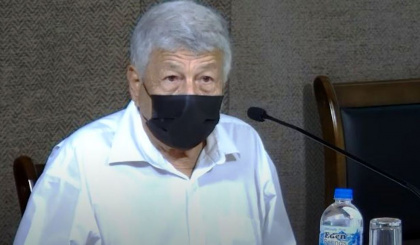 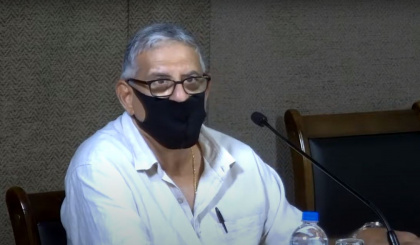