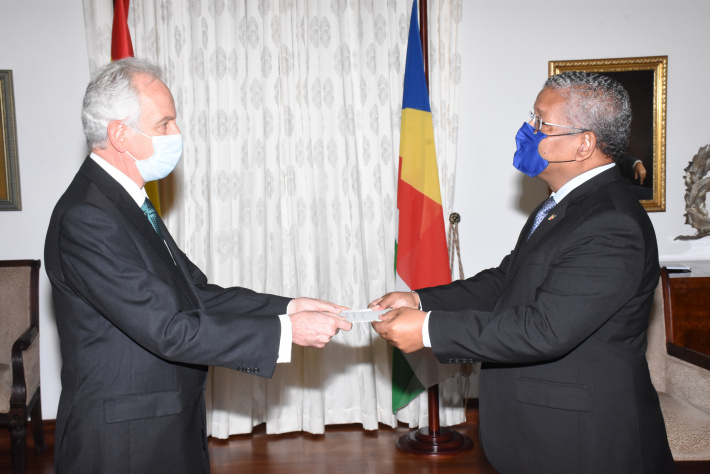 Manuel Salazar Palma is the new Ambassador of the Kingdom of Spain to Seychelles and he presented his credentials to President Wavel Ramkalawan during an accreditation ceremony held at State House yesterday morning.

After his meeting with President Ramkalawan, Ambassador Palma spoke to the press and noted that “today it is an honour for me to present my credentials to President Ramkalawan and we were able to discuss the state of our two countries’ relationship. Seychelles and Spain have very good bilateral and diplomatic relations and the President told me that we need to expand those relationships. In recent years we have had important cooperation agreements in terms of fishing and Spanish vessels are fishing in the Seychelles seas.”

Ambassador Palma also noted that they support greatly the European Union in terms of marine security, fight against piracy and illegal activities. Both governments, he added, are looking for other avenues of cooperation.

To recall, Spain and Seychelles have also been collaborating in the field of renewable energy and water and energy management.

Ambassador Palma is the 15th Spanish ambassador to be accredited to the Republic of Seychelles after the two countries established diplomatic relations on November 3, 1978. Ambassador Palma will be based in Addis Ababa, Ethiopia. 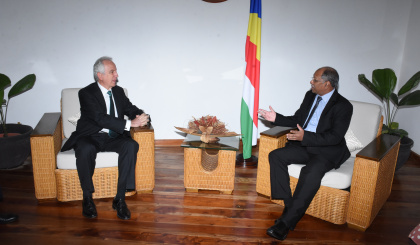