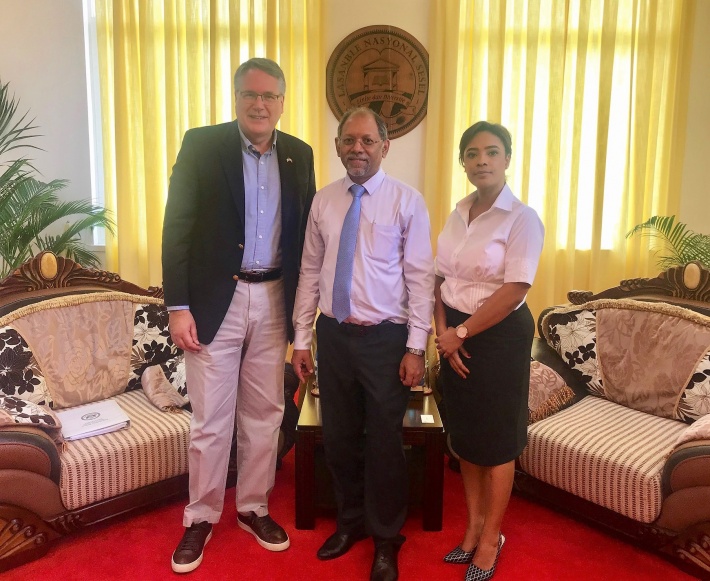 During their meeting theydiscussed various issues of common mutual interests.

They also reviewed existing areas of cooperation between the two countries and explored areas in which the United States of America (USA) will be helping Seychelles in the near future, namely in maritime security and drug trafficking.

The meeting also involved discussions on the dynamic development of the National Assembly, especially in its expansive oversight not only in the chamber but in committee work.

Ambassador Reimer was accompanied by Megan Fluckiger, science and political analyst, and Marie-Annette Ernesta, political/economic assistant to the US Consular Agency in Seychelles.

Ambassador Reimer also called on leader of the opposition Wavel Ramkalawan and the leader of government business Charles de Commarmond. 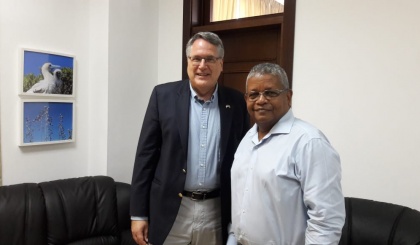 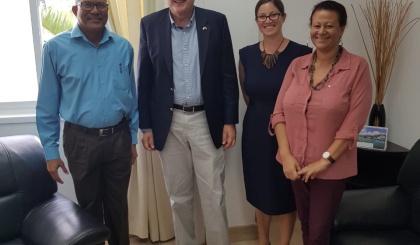