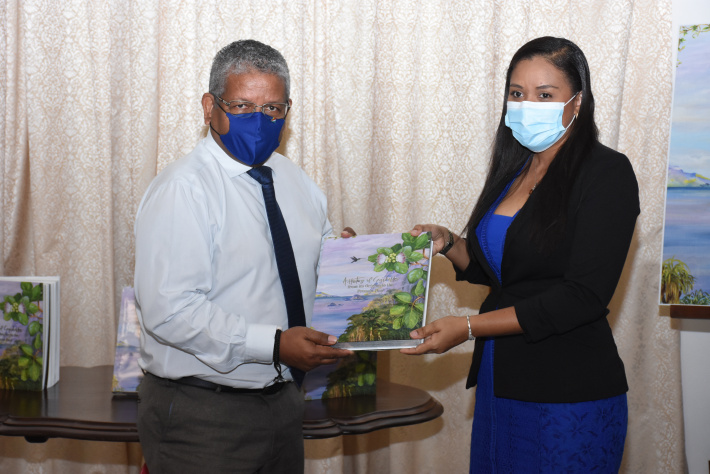 ‘A History of Seychelles from its Origins to Present Day’ is the title of a commemorative book on Seychelles’ 250-year history which was officially launched at State House yesterday morning.

President Wavel Ramkalawan and Vice-President Ahmed Afif were first to receive copies of the book during the short ceremony.

The commemorative book narrating Seychelles’ history from pre-recorded era up to modern days, is a project by the 250th celebration committee set up two and a half years ago.

The committee was tasked with undertaking different projects and activities to commemorate the country’s 250 years celebration since the first settlers disembarked in Seychelles.

The committee was chaired by the former Seychelles Tourism Board chief executive and now principal secretary for Tourism, Sherin Francis.

Along with her creative production team and nine contributing authors, the book has materialised into a valuable source of information for members of the public.

“The book provides factual information but interpreted by different authors and historian who worked with us on the publication. While working on this book we took into consideration that it could be used by a large number of people in the population even as reference for schools, universities and that it could be a souvenir or gift for visitors if they wish to purchase the book. It contains documents and illustrations which have never been published before,” PS Francis explained.

She also extended her gratitude to the artist responsible for the piece of art used as the cover of the book, Alexandra Azaïs.

‘A History of Seychelles from its Origins to Present Day’ is divided into four sections whereby different authors have added detailed information of different eras. It covers the historical background of the 1770 settlement, the French period up until 1814 and the British period up until independence in 1976. In addition the authors have contributed information related to the modern period, including last year’s elections.

Contributing authors and members of the production team also had their books signed by President Ramkalawan.

Presently only 250 copies are available for sale at R2000 from the Ministry of Tourism but more copies will made available later during the year. 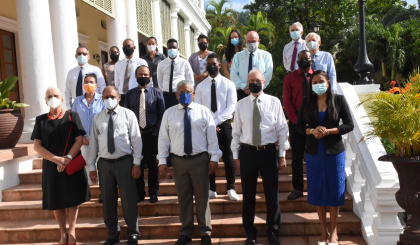 Guests in a souvenir photograph with President Ramkalawan after the ceremony (Photo: Louis Toussaint) 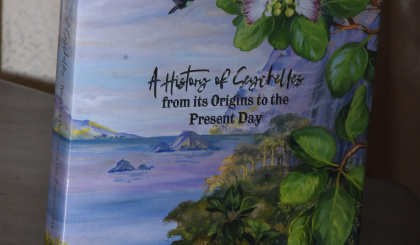 A copy of the book (Photo: Louis Toussaint)