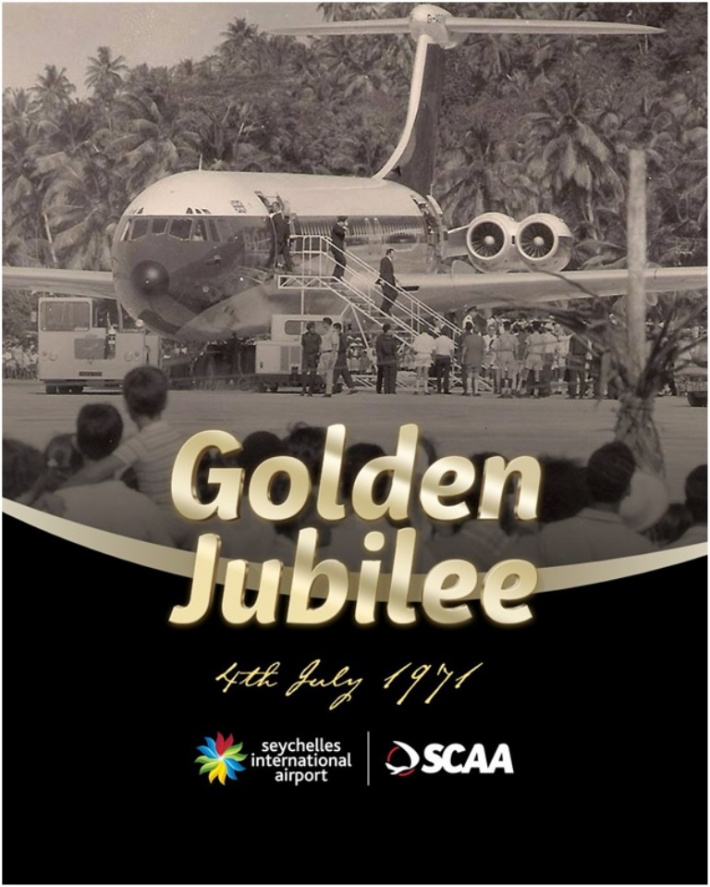 On July 4, 1971, 50 years ago, we welcomed the first commercial jet, the BOAC VC10, to Seychelles. This moment in history, which heralded a new era by introducing tourism through aviation, expanded the country’s potential to develop into an economy driven by both tourism and trade.

The Seychelles Civil Aviation Authority (SCAA) did not miss this opportunity to commemorate this major event.

Today’s Golden Jubilee celebration makes us reminisce about half a century of determination, perseverance and hard work, all thanks to a team of former DCA and current SCAA employees. They have helped pave the way to the country’s accomplishments throughout the years, and we will continue to strive to bring this industry and our country forward with renewed determination.

History of the Seychelles International Airport

The Seychelles International Airport was officially opened on March 20, 1972, by Her Majesty Queen Elizabeth II, although since the 1970s Wilkenair of Kenya was operating a weekly ferry service between Mombasa and Mahé, via Diego Suarez in Madagascar and Astove Island (Seychelles) using a twin engine Piper Navajo.

At the time of the opening, the airport’s runway was only 2987 metres long with a control tower, and all ground handling operations were undertaken by the Directorate of Civil Aviation better known as DCA.

The first jet aircraft to land at Seychelles International Airport was the BOAC Super VC10 on July 4, 1971, which opened the Seychelles to increased tourism traffic. The growth of tourism also heightened the aviation industry propelling an expansion of the current structure to meet further demands for larger aircraft to access the airport.

Further to this, additional parking areas were made available at the airport in order to handle the parking of private charters and long stay aircraft which had significantly increased.

Continuous rise in passenger traffic over the years resulted in infrastructural expansion of the airport in 2016. The International Arrival Terminal underwent refurbishment to modernise its interiors while the International Departure Lounge was fitted with an extra mezzanine floor to increase seating capacity. 2018 witnessed a new Inadmissible Persons Facility for temporary accommodation of prohibited persons and the Extension of the Domestic Terminal which was officially opened by President Danny Faure in June, 2019.

SCAA virtually launches its new vision to staff – ‘A leading organisation bringing excellence to your aviation experience’ – through a special video.

Commenting on this new vision, the organisation’s chief executive, Garry Albert, said: “I wanted an opportunity to better communicate our new vision and renew our commitment to excel in all that we do. I believe that there is no better time than when we are celebrating 50 years of hard work and dedication, and at a time where the organisation is embracing new challenges and goals so that we grow and become a leader in the industry.”

Despite the special mentions, it is worth noting that all staff including the airport stakeholders and members of the public have played an important role in this journey, and that it will be important that we all celebrate together as the aviation family!

In 2022, the Seychelles International Airport will celebrate 50 years of its official opening by Queen Elizabeth. 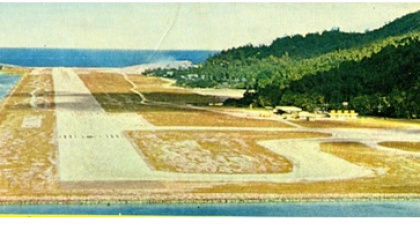 An aerial view of the runway 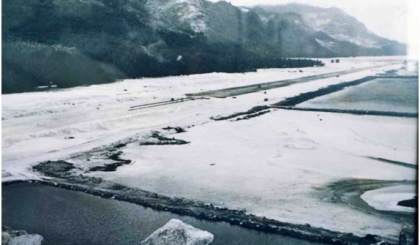 The Seychelles International Airport under construction 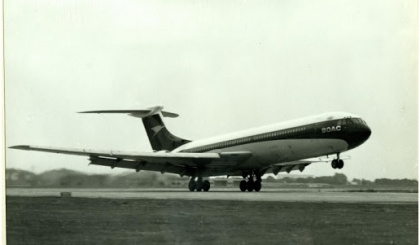