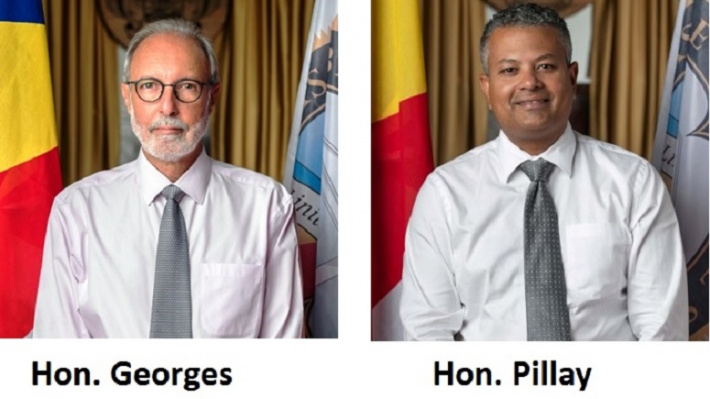 The International Day of Parliamentarism is celebrated every year on June 30, the date in 1889 on which the IPU was founded.

The Day was established in 2018 through a United Nations General Assembly Resolution.

Instituting an international day for parliaments is particularly important at this critical time for parliamentary democracy, when people are losing trust in political institutions and democracy itself is facing challenges from populist and nationalist movements. If democracy is to thrive, then parliaments, as the cornerstone of functioning democracies, need to be strong, transparent, accountable and representative.

The International Day of Parliamentarism is a time to review the progress that parliaments have made in achieving some key goals to be more representative and move with the times, including carrying out self-assessments, working to include more women and young MPs, and adapting to new technologies.

To commemorate this event we interviewed the leader of government business, Bernard Georges and the leader of the opposition, Sebastien Pillay. They both talk about their careers and role in the National Assembly in ensuring that democracy prevails.

“Much adjustment was required and I had to learn to lead instead of simply supporting, and to promote government instead of opposing it” – Hon. Georges

Seychelles NATION: Tell us about your experience as a member of the Assembly for all these years.

Hon. Georges: I first joined the Assembly in 2001 as a proportionally elected member. I then was elected as the member for Les Mamelles in 2002, 2006, 2016 and 2020, meaning I have served from 2001 to 2011 and 2016 to date (15 years in total). During that time, I had the privilege of getting to know my constituents intimately and assisting them with their problems, of seeing new housing developments in my constituency, and of planning for future expansion of constituency development. In the Assembly, I had the opportunity to bring numerous motions and speak on many Bills. Additionally, I served on the Standing Order and Bills Committees and, in the 6th Assembly, chaired both committees. During my tenure, I participated in the revision of the Standing Orders twice. I am now engaged in preparing a Manual of Parliamentary Practice and Procedure for use by members. Being an MNA has been a richly rewarding experience.

Seychelles NATION: Tell us more about your experience as leader of government business so far.

Hon. Georges: Taking on the leadership of a caucus after having spent 14 years as an ordinary member under the leadership of Hon. Ramkalawan was a challenge, especially given that this is the largest ever parliamentary caucus of our party, it holds an absolute majority in the Assembly, and we are the party in government. Much adjustment was required and I had to learn to lead instead of simply supporting, and to promote government instead of opposing it. Added to that, the office of LGB has a substantial workload aside from simply leading the caucus. As LGB, I have to interface with the executive, whose business in the Assembly I lead, I have to remain up to date with government policies and I have to ensure that the members do not stray away from those policies. Additionally, I have the responsibility for legislation coming before the Assembly and to ensure that this is steered through as well as possible. Finally, I have to intervene a lot more in debates and ensure that the points that require covering are all covered.

All-in-all the job of LGB has been a joy to discharge. I have competent staff who take up a lot of the work and a great caucus which is very supportive.

Seychelles NATION: What are your biggest rewards and challenges as a member of parliament?

Hon. Georges: As a lawyer engaged in applying laws to cases, one of my greatest joys of being a member of the Assembly has been the ability to legislate, to fine-tune laws and ensure that the country has the best legislation possible, to promote legislative ideas and get them through the House, and to generally improve the legislative corpus. However, the biggest reward of being a member of the National Assembly for me is the ability to serve my constituency, of sharing a part of the life of my constituents, their aspirations and difficulties and assisting – where possible – in improving their quality of life.

The biggest challenge of every member of the Assembly is time. There is never enough. Spending two days in the Chamber and another one in committees, caucus meetings and preparation leaves little time for constituency work. In my case, having to do all this plus running a busy law practice at the same time has been a real challenge and makes for long days, short nights and non-existent weekends.

Money is always a challenge. There are many pressing problems and not enough resources to attend to them. MNAs have to be the bridge between the demands of constituents and the ability of government to meet these.

Another challenge was being an opposition member. In opposition, one has to be content with putting ideas forward and seeing them ignored. In government, there is traction and ideas stand a better chance of getting taken up.

Like all other MNAs I have had to meet these challenges, but one does not go into politics for reward. So long as one realises that being an MNA is a life of service, all is well.

“Quite often that role is driven by public sentiment and what the public wants to hear and wants to see happen” – Hon. Pillay

Seychelles NATION: Tell us about your experience as a member of the Assembly for all these years.

I have been a member of numerous parliamentary committees that deal with budget oversight, legal frameworks and governance. I have been actively involved with the formulation and amendment of key legislative frameworks which include the Constitution, the Standing Orders of the National Assembly and the Employment Act.

My experience so far has been a learning process and there has been a lot in having to understand the workings of parliament and the role of the members of the parliament within the changing context of democracy in Seychelles and also around the world. The most important component of my role of a parliament is not always in the traditional mode that people would expect and I have come to appreciate the importance of the three tenets of the parliament – bring forward the concerns of the electorate, to legislate and to exercise oversight. Each one of them overlaps but has the same centre.

Seychelles NATION: What has been your experience so far as the leader of the opposition in the National Assembly?

Hon. Pillay: One of the things that sets out the role of the leader of the opposition is that there is high expectations of what we need to do and what we need to achieve both on the perspective of the electorate and on the national perspective. To me, there is a major difference to be a leader of the opposition when you are the majority and that creates a sense of more urgency of what you have to do and also having the means and ways to get your points across. That too has been a learning curve and understanding how as the leader of the opposition I can live up to the expectation of the office but also do justice to what this office means when it comes to the role of the National Assembly in exercising its role vis à vis the Executive. There is also the aspect of heightened expectation as opposed when you are just a member. Quite often that role is driven by public sentiment and what the public wants to hear and wants to see happen. I think these are some things that characterises my experience right now as leader of the opposition. I am still going through the motion of growth and I suppose what is important is that I do justice to the position I hold.

Seychelles NATION: What are your biggest rewards and challenges as a member of parliament?

Hon. Pillay: The biggest challenge would be being able to exercise my role in the context where my party does not have a majority in the Assembly. A lot depends on what the government decides and I think one of the things we need to learn from this is that to have an effective balance it is essential perhaps, in our democracy, that one party swings in one end and the Executive swings in another end and that creates the balance between the two. I think the biggest challenge is to operate within that context so that I can get the results and get the points across on different issues that are happening.