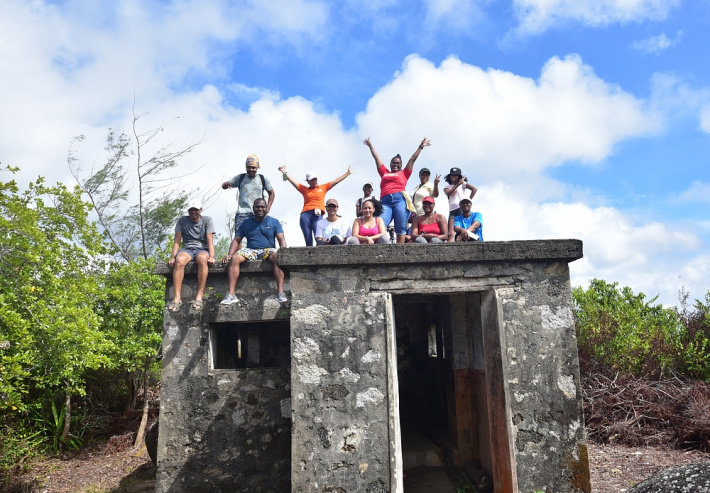 Following a preliminary meeting with Mayor of Victoria David Andre, the Seychelles Heritage Foundation and district authorities representing Glacis, a delegation including member of the National Assembly for Glacis, Regina Esparon, conducted a visit on Saturday to the ‘When She Comes’ trail located at La Gogue.

The project to establish the garden, a small museum and other infrastructure such as washroom facilities, will add value to the often-forgotten site, while also serving to educate both locals and visitors about the site’s importance during the Second World War as a strategic lookout post for ships and enemies, said Honourable Esparon.

“’When she comes’ trail is as nice as any other trail but as it is presently, there is nothing much to see along the way up. We want to enhance the site by establishing the necessary signage, maps, hand railings, demarcations along the way, washrooms and a small place for visitors to enjoy a freshly-squeezed juice or a brew freshly made from herbs from the medicinal garden,” she said.

“Today’s visit was to assess how to add value to the trail and give it the national status that it deserves. In turn, we can also help to elevate our district’s status. As the Northern site of the island is characterised by sites that were significant to the Second World War, it is essential that we not only recognise the value of these, but that we go further to preserve and highlight, educate others,” Hon. Esparon stated.

During the 1 hour 40 minute climb to the top of the trail, the delegation encountered some interesting sites, including a clearing where firewood is made, and some historical artefacts such as remnants of an old house, and the beginning of the medicinal garden, set up and run by Maxwell Franchette.

The project will also involve a component to help Mr Franchette further develop the garden, as well as the museum to house the collection of traditional and cultural items he has collected and proudly has on display, such as petrol lamps.

Another visit to the site with officials from the Mayor’s Office and officials from the department of culture is expected to take place soon for further discussions as to how to proceed with the project. Partners including the Ministry of Environment, the department of Planning and historian Tony Mathiot will also have an instrumental role in helping to establish the project as envisioned.

The ‘When she comes’ trail is situated on Montagne Glacis, the highest mountain on the Northern cape of Mahé. The area is covered mainly with dense woodland and some species of plants endemic to Seychelles, including the Deckenianobilis palm and the thief palm.

Rocky areas and caves can also be found along the trail.

The woodland was exploited for the cinnamon industry, firewood and timber until around 30 years ago.

The accompanying photos show some highlights of the hike along the trail on Saturday. 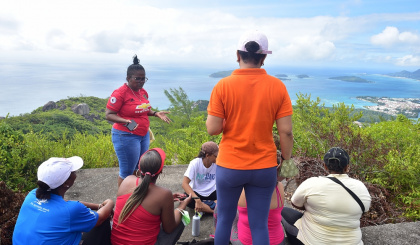