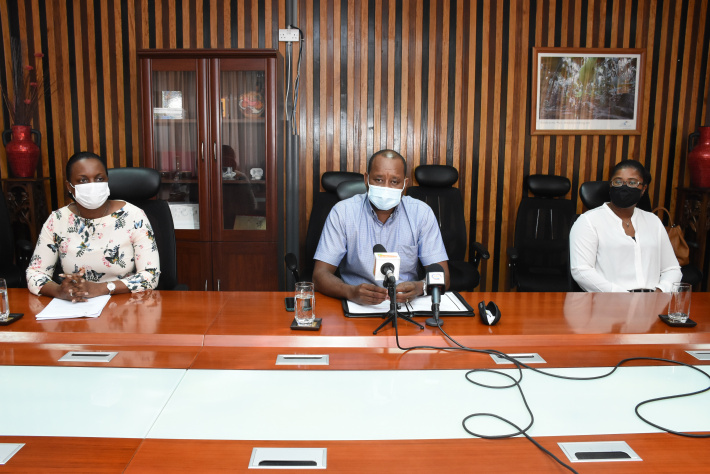 Following several difficulties in the past regarding payment of death benefits of workers to designated beneficiaries, the employment department within the Ministry of Employment and Social Affairs will soon introduce a new format to regulate the manner in which payments will be carried out.

Following the approval of the cabinet of ministers, amendments will be made to the Employment Act to allow for the manner in which Payment of Death Benefits of Workers will be made.

Under this amendment, workers – both in-service and pre-service – will be allowed to make a testamentary declaration appointing a legal representative to whom all benefits would be disbursed in case of death.

Giving details of the new format to the local press, principal secretary for Employment, Jules Baker, explained that based on past experience, it has always been difficult to administer or share the benefits since there was no legal framework to determine who was entitled to receive the money.

He explained that based on the chaotic and difficult situations, it was decided that all the benefits be deposited by the employer to the employment department which administered and disbursed the money based on the succession law under the civil code.

This, he said, was a very difficult and emotional task to handle, especially in identifying the legal heirs in cases where the deceased had children outside of marriage.

This will be made prior to the start of employment, willingly, in front of a witness.

Mr Baker also explained that the testamentary declaration will be reviewable, allowing changes to be done regarding beneficiaries or legal representative.

The cabinet also had extensive discussions on the proposal to introduce the flexible working arrangements as a new mode of work in government.

The concept was very well received as a framework to address several pertinent issues including traffic management, business continuity in times of pandemic and ensuring greater work life balance for families.

Ministries, departments and agencies will now make proposals on how they will implement these new arrangements while ensuring continued efficiency and high standards in public service delivery.

Cabinet requested that further consultations be undertaken prior to approval.

Flexible working allows your employees to work around obligations and responsibilities outside of their job.

Executive director for the employment department, Veronique Bresson, and senior human resource and budget management officer from the Ministry of Youth, Sports and Family, Gyra Nibourette, gave various examples of the benefits of flexible working.

They explained that to ensure these factors exist and also for employers who allow flexible schedules, a firm set of guidelines should be implemented and employees should be trained before the adoption of such schedules.

This will limit any confusion or uneven or unfair implementation across organisations.