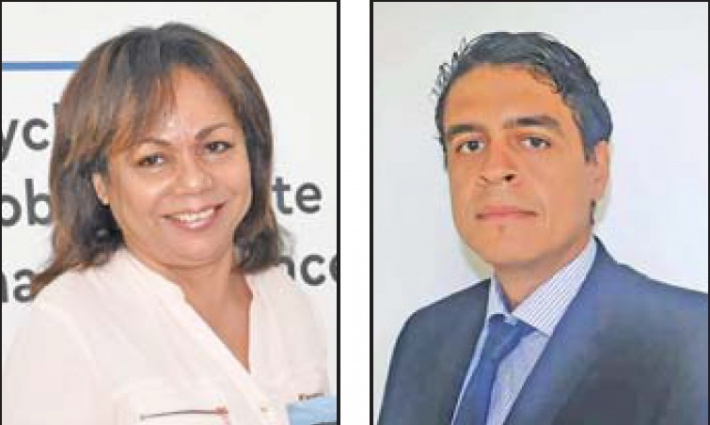 Both of their nominations were approved unanimously by the National Assembly during the afternoon session.

Born on April 8, 1961, Mrs Lafortune grew up in St Louis after which she moved to Petit Paris, Cascade, where she has resided for the last 30 years. She is a mother of two.

In regards to her education, Mrs Lafortune went to Bel Eau primary school, Regina Mundi convent for her secondary studies and pursued a Bachelor's degree in Australia, specialising in mathematics.

After 16 years at the Polytechnic, Mrs Lafortune moved to the Ministry of Education as director general for Tertiary Education after which she was promoted to principal secretary for social development at the Ministry of Health and Social Development.

The last eight years of her career path so far has seen her in the post of principal secretary for tourism.

“I have worked with four different ministers during these last eight years and I have learned a lot with them. Tourism was where my interest and experience in foreign affairs grew; during the last eight years, our department signed around 11 memoranda of understanding or tourism agreements with various countries such as South Africa, China, Maldives, Bahrain and so on,” noted Mrs Lafortune.

“Through these agreements, our department has had to negotiate, we benefited from technical exchange, staff training. Seychelles is always viewed as a success when it comes to tourism and small countries always wanted to know what strategies and policies we took to make Seychelles successful in tourism,” added Mrs Lafortune.

As principal secretary at the tourism department, Mrs Lafortune was also the focal person in Seychelles for the UN World Tourism Organisation (UNWTO) and Indian Ocean Rim Association (IORA).

“As the focal person, I had to do all the necessary follow up and ensure that we are represented and our tourism interests are considered in the agenda of these organisations. At the UNWTO for instance, Seychelles has been on its executive council for the last eight years and as such we have to attend meetings in different countries. I accompanied the tourism minister or represented the minister at these meetings. In that capacity, I have had to negotiate agreements and ensure that our interests are placed at the forefront[...],” detailed Mrs Lafortune.

She noted that her work at the tourism department bears testimony to what she can achieve and learn from other sectors in Seychelles so as to negotiate for and bring the most benefits to these sectors as an ambassador.

Thirty-six-year-old Ian Madeleine followed the approval of Mrs Lafortune and similarly provided an account of his background, education and career progression.

Mr Madeleine, a father of two, resides in Glacis with his family.

He completed his A-Level studies at the Polytechnic in 2004 after which he undertook a diploma in secondary education, specialising in social sciences, at the National Institute of Education (NIE) and a Bachelor’s degree in education at Edith Cowan University again specialising in history and political science.

After teaching for about two years, Mr Madeleine joined the Ministry for Foreign Affairs as a third secretary for consular affairs where his responsibilities included remaining in touch with Seychellois who were facing difficulties overseas, visa waiver negotiations and appointments of honorary consuls.

Following his Master’s degree, Mr Madeleine was appointed second secretary in the international relations division where he dealt with dossiers for countries in Western Europe whereby he had to manage the bilateral relations between Seychelles and these states.

In 2015, he was posted as second secretary to Seychelles' embassy in Paris, France to support the work of the Seychelles ambassador there. Mr Madeleine served as interim chargé d’affaires in France for about five months until a new ambassador was posted, and was responsible for the proper functioning of the embassy.

Mr Madeleine came back to Seychelles in August 2017 after he was promoted to director for protocols and in January 2019 he headed a new division at the department of foreign affairs for maritime affairs.

“It would be a privilege for me to serve my country and represent the people of Seychelles if you decide to approve my nomination today,” Mr Madeleine concluded to the National Assembly.

Mr Madeleine’s nomination was approved with 31 votes in favour and none against or abstained.