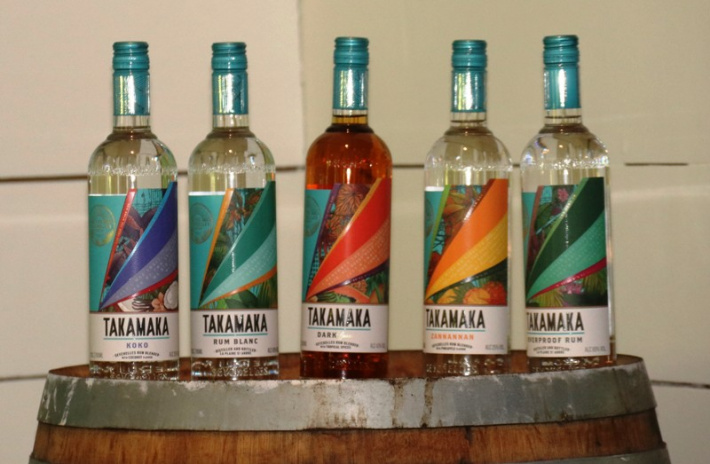 The general public will now be able to buy stocks in Takamaka Bay, the local rum manufacturer, which has launched its initial public offering (IPO) under the name Trois Frères Distilleries on the local stock exchange MERJ Exchange.

IPO is the process by which a private company can go public by sale of its stocks to the general public.

The announcement was made yesterday in a press conference at Trois Frères Distilleries by brothers Bernard and Richard D’Offay, owners of the company, Nico Ackerman and Branda Bastienne, representative of MERJ and PFK.

“It took three years of development to get us to the point of being able to list ourselves on MERJ exchange and now the general public will now be able to buy stocks in our company,” the D’Offay brothers noted.

“We are looking forward to the next step of the evolution of Takamaka Rum and Trois Frères Distilleries. It is wonderful for us to be able to share the ownership of this business to Seychellois people and investors locally and abroad,” said Richard.

He added that if more businesses were able to use this mechanism as a vehicle to raise capital it would go a long way to drive the economy even further.

“Our company is 20 years old and it needs to constantly evolve because at the end of the day we want consumers in all four corners of the world tasting the spirit of Seychelles,” said Bernard.

He continued by adding that this listing will help them raise the funds to help in the company's export ambitions as they are currently in 16 markets internationally.

“With our target of being in 50 global markets we required further expansion of our production capacity, already actioned with the new molasses distillery

which has been accompanied by continued investment into our quality assurance systems and in-house quality control lab,” noted Bernard.

This liquidity will further allows the business to look at strategic acquisitions which help cement strong domestic position and deliver long-term sustainable growth. With that growing team, and as over 90% of staff being either Seychellois or permanent residents, the management want to use the listing to enable them to further incentivise the whole team with bonus structures that include shares allowing for ownership of the growing business.

The business has now achieved a scale that through the listing offers both local and strategic investors from abroad an opportunity to be part of the continuing success story.

During the press conference the brothers also launched the brand new look of their rum bottles which will fall under the ‘Seychelles Series’ first into the Seychelles market.

Comprising five rums, the Seychelles Series will be available in retail this week, and in its current export markets by August 2021.

The new bottle and brand assets have been designed to capture the unique identity of Takamaka, and its origin of the Seychelles, as the brand increases its international appeal.

The team responsible for the new design including the bottles, digital assets and brand merchandise is Creative Agency Pearlfisher. They worked together with a variety of local Seychellois designers, photographers and illustrators.

Takamaka's new visual identity hinges around the flag of the Seychelles; the flag itself is made up of segments which each carrying their own distinctive meaning.

Takamaka has not only mirrored the shape of these segments on its label, but also anchored different meanings to each segment, with the flag's colours also making appearances on various parts of the bottles.

Both texturally and visually dynamic, using tropical colours and exotic patterns with untold stories hidden on the label, the new and modern branding has been designed to appeal to the on-trade and consumers alike.

The Seychelles Series is made up of five rums: Rum Blanc, Dark Spiced, Zannannan

(Pineapple), Koko (Coconut), and Overproof. Distilled from molasses in a continuous column still and diluted with natural local spring water, the Seychelles Series is a true expression of the tropical island paradise that is the Seychelles.

Rum Blanc is distilled up to 94% and then diluted to bottling strength. The Dark Spiced, Koko and Zannannan build onto the soft, creamy character of Rum Blanc through the addition of natural essences such as ripe pineapple, coconut, vanilla, and tropical spices. The 69% Overproof captures the true, raw character of the classic Rum Blanc by adding less water during dilution, resulting in a powerful punch with spicy, warming notes, undertones of citrus and vanilla, and hints of banana and grass.

The re-design and launch of the Seychelles Series into key markets comes as the brand is undergoing major growth plans. Having expanded the distillery last year, Takamaka now has the first molasses distillery in the Seychelles with the capacity to distill over 600,000 bottles of rum per year. They have also increased their aged rum program – with close to 40,000 litres of rum ageing in different warehouses across La Plaine St Andre.

Richard added that the new distillery can distill over 200 to 250 thousand litres of rum per year.

He added that they will also be updating their cane rum distillery with new equipment.

He said that with these pillars in place it gives them the opportunity to take Takamaka Rum onto the global stage which is the main reason they are listing.

Bernard added that they are hoping to see strategic investors, from retailers to individuals.

After the press conference the D’Offay brothers guided guests on a tour of La Plaine St Andre and showcased the developments that had been made throughout the past year, which included the expansion of the molasses distillery.

Family owned, Takamaka was founded by the two brothers almost twenty years ago who have built the brand into the number one spirit on the island nation. Bernard and Richard D'Offay set out to create rums that capture the spirit of the Seychelles, with its diverse flavours and laid-back attitude, which they and their fellow islanders would enjoy. They didn't follow an industry blueprint, instead using whatever means they had available to them to create their liquid.

20 years later, the brothers now produce a portfolio of premium rums that are enjoyed around the world, capturing the unique and undiscovered flavours of their remote, tropical island home in the Indian Ocean.

The accompanying photos show some highlights of the ceremony yesterday. 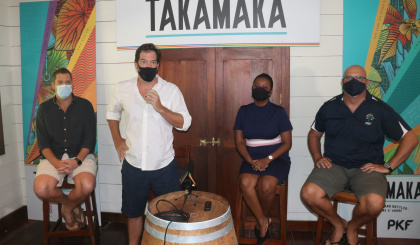 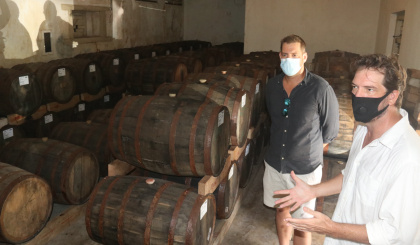 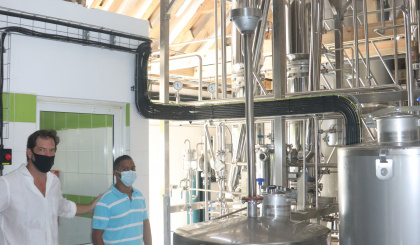