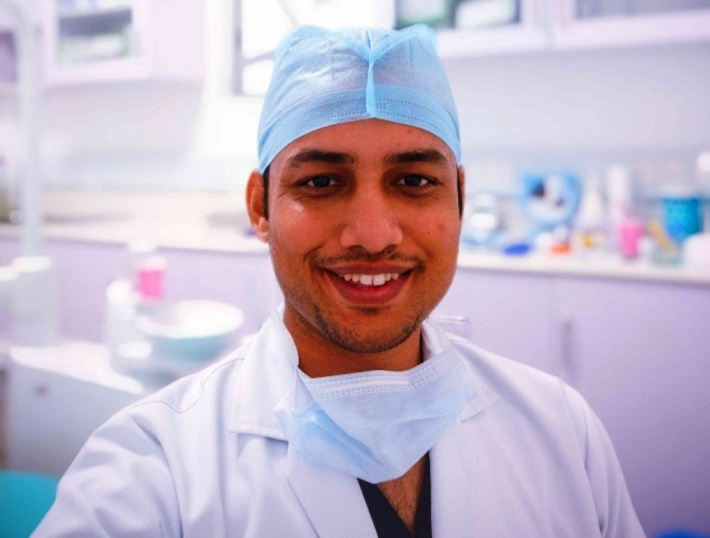 “Oral healthcare in pregnant women is often neglected and sometimes avoided even after there is a known problem in the oral cavity,” and this can lead to poor oral health of the mother and the newborn baby post-pregnancy.

This was said by Dr Bibhakar Ranjan, who explains that this is a worldwide problem for which there are many reasons, including myths, a lack of awareness, and a lack of proper clinical guidelines among dentists and physicians, for the management of the oral conditions of pregnant women.

Dr Ranjan has been working as the principal dentist at Dr Murthy’s Family Medical & Dental Clinic at Anse Aux Pins for more than two years. He has diverse experience in general dentistry for more than eight years.

In the following interview, he talks to us about some of the myths related to pregnancy and oral health, as well as the oral conditions commonly seen in pregnant women and preventative measures which can be taken to avoid these.

Seychelles NATION: What are some oral conditions commonly seen in pregnant women?

Dr Ranjan: Periodontitis: this is a serious inflammatory condition of the gingiva and the other surrounding tissue and ligaments which support the teeth. It often begins with swollen, reddish gingiva and hardened yellow plaque around the teeth which bleeds while brushing. If it remains untreated, the bacteria infiltrate the periodontium and even causes bone loss around the teeth; at the end, the patient often complains of a loosened tooth.

Many researchers in different studies have found pre-term birth and low birth weight associated with periodontitis in pregnant women.

Tooth mobility: during pregnancy, women have hormonal changes in the body, they have increased levels of progesterone and estrogen which often affects the periodontal ligaments which hold the teeth, and in turn this results in tooth mobility. Through proper oral hygiene measures, this can be treated and reversed to its normal condition and the patient shouldn’t panic about it.

Morning sickness & enamel erosion: During pregnancy, most women go through morning sickness, they often vomit and the gastric acid which comes along with the vomit can erode the enamel of the tooth, and subsequently it develops into a cavity, with extreme sensitivity to cold water.

Most pregnant women are advised to make some dietary changes, including consumption of milk, yogurt and green vegetables, and to also use antacids to minimise oral acid exposures.

Pregnant women should also avoid using a hard bristle toothbrush and brushing just after vomiting to avoid any enamel erosion.

Pregnancy tumor / Pyogenic granuloma: the patient often presents with a swollen reddish mass on their gingiva which sometimes bleeds while brushing. This is a benign tumor and the patient shouldn't worry about it. It is usually seen in the 2nd and 3rd trimesters and often regresses on its own post-pregnancy. If it doesn't regress on its own and it affects the patient in brushing or eating food, it can be removed by a dentist.

Pregnancy oral tumor is caused by increased progesterone level associated with a pre-existing oral plaque or periodontal condition, so to avoid this, pregnant women should have good oral hygiene.

Gingivitis: it is one of the most common oral diseases in pregnant women. Gingivitis is nothing but an inflammation of the gum tissues which often results in bleeding and painful gums.