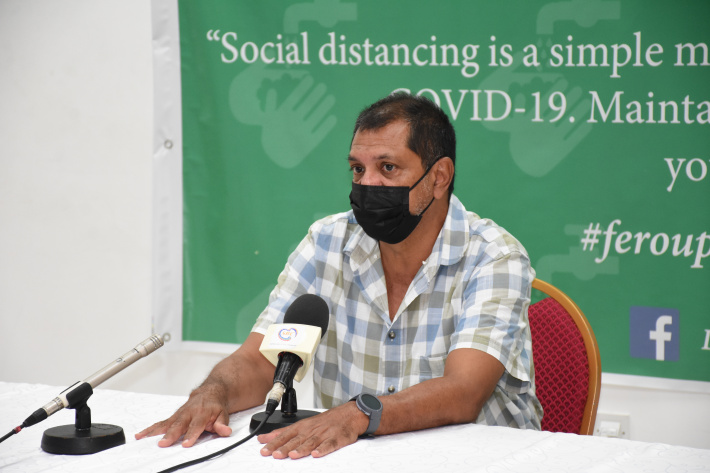 SPACE95 celebrated its 25th birthday last year. On account of the pandemic, the company did not have any major celebration but instead it gifted the country a new App: Contak. The Ministry of Health’s recent announcement of Contak, a new contact tracing app to assist its efforts in combating the pandemic, is an example of how technology can impact everyone when applied efficiently and effectively. The developer of the app, SPACE95, has been building IT solutions for Seychelles for more than a quarter century.

Seychelles NATION reached out to SPACE95 managing director Bernard Moutia to discuss the company’s origins and progression, and what’s in store for the future:

Seychelles NATION: How did SPACE95 start out 25 years ago?

Bernard Moutia: SPACE was originally a government procurement company that stood for Stationery, Printing and Computer Equipment. In 1995 the government decided to privatise the computer equipment portion of the business. Myself and several other individuals who were at that time employed, put together the successful bid for the privatisation of that side of the business. I then left my employment to come and run the company, and the name was adapted to mark the year we started.

The idea was to convert the company from one that was only selling hardware, to one that could offer a spectrum of information technology (IT) services and solutions, including consulting and software development. We were able to make that conversion fully within about a year.

Seychelles NATION: What was the first product you started with?

Bernard Moutia: Prior to our purchase of the company, SPACE was already an official DELL partner for distribution of computers, and that’s a partnership that remains strong today. I suppose that would make DELL our first product on the hardware side. In terms of our first local product innovation, it’s impossible not to mention the first internet link to Seychelles, which was a collaboration started in 1996 with Mahé Business Machines and Victoria Computer Services. Together, we created Atlas as the first internet service provider (ISP). Atlas was eventually sold to Cable & Wireless, but prior to that our sister company Kokonet was created as an ISP, and still services a niche client base today.

Seychelles NATION: How has the company evolved over the past quarter-century?

Bernard Moutia: As I mentioned earlier, we began to evolve from day one as we shifted more into services apart from just hardware, but we have had to keep evolving ever since.

We grew as a company quite a bit in the late ‘90s to develop a number of e-government projects. Over several years we developed 55 systems, including software for Customs, Immigration and other essential services. Some of these systems are still in use today. A number of those recruited during this expansion are still with us today.

Seychelles NATION: What other popular services does SPACE95 provide?

Bernard Moutia: Some of our homegrown solutions have actually been our most popular, which makes sense because they are responsive and tailored to the local environment. The first I would mention is our human resources (HR) management platform, OfficeSpace. The majority of corporates in Seychelles use OfficeSpace as their HR management system. Smaller companies use it too, however, as it can be scaled according to budget and requirements, so we have some clients with as few as five employees, all the way up to the largest companies like IOT with employees in the thousands. I think OfficeSpace has helped companies to realise just how important human capital is, especially in a scarce labour market like Seychelles.

SpaceTracker is another home-grown solution that many businesses utilise to ensure proper usage of their vehicles, using Global Positioning Satellite (GPS) tracking. We continue to innovate with this as there are a number of concepts, like geo-fencing and appointment scheduling, which can help managers react to where their vehicles are in real time.

Seychelles NATION: What would you consider to be the major achievements of the company?

Bernard Moutia: One of the achievements I’m most proud of, which relates more to the wider IT industry than just SPACE95, is the vast number of IT professionals in this country, who one way or the other would have come through our business, either as trainees, employees or contractors. Some have advanced higher up within the company, some have moved on to new roles elsewhere, but they are all tremendous assets and have helped the country’s development in a number of fields.

Seychelles NATION: How did you survive the 2008 economic crisis and the current pandemic?

Bernard Moutia: In some ways our company and our industry might have been better placed than others to absorb these shocks. With the financial crisis, yes, the overall economy took a hit, but it also coincided with the restoration of the rupee’s convertibility, which was a major relief. Prior to 2008, there were foreign exchange queues and a lot of our development and investment plans were stifled. We couldn’t service clients in the way we would have wanted, and they were also having a hard time investing in the projects we could have helped them realise. So for us, 2008 was the start of a new opportunity to grow, because we had the freedom to invest.

For the pandemic, we’ve had to learn new ways of doing things. We’ve had to adjust, along with everybody else. We lost a lot of contracts because we had a number of clients in tourism-related businesses that were in tough situations. At the same time, the pandemic has led to an increase of digitalisation for many organisations, and this represents new business for us with some of the solutions we provide. Some doors have closed, others have opened.

I also believe we will come out of the pandemic with some new ideas about productivity and efficiency. We have noticed some interesting things with regard to how we work, when it comes to office rotations and work-from-home arrangements. There is a lot we will be able to learn from this.

Seychelles NATION: After this major milestone of 25 years of operation, what’s next for SPACE95?

Bernard Moutia: I am happy to say that we have a firm foundation and a very young team. The contact tracing app we developed in partnership with the Ministry of Health gives me a lot of confidence in our future. The average age of the developers who worked on Contak is just 21 years old! They have done us very proud to develop an app to such a standard, especially with the strict requirements laid out by Apple and Google for apps related to health and Covid-19.

We are in an industry that requires constant innovation. If you’re standing still in our business, you are going backwards. So I am glad that the future of the company is in the hands of young and dynamic individuals across our entire team. 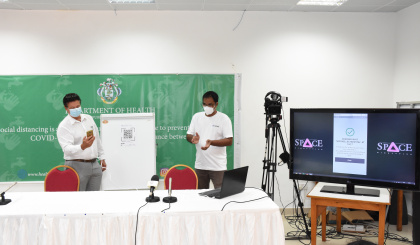 The handover of the app Contak to the Ministry of Health 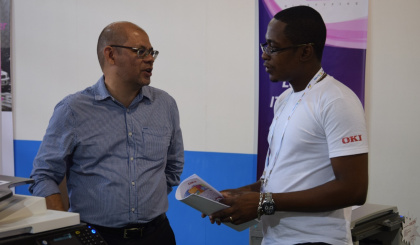 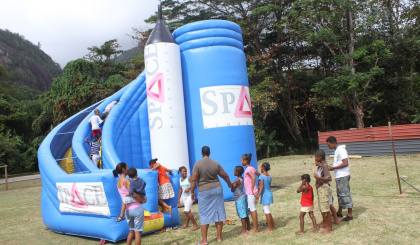 Event organised by SPACE95 for children in homes 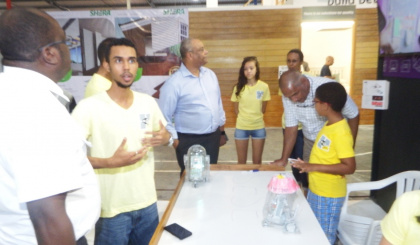 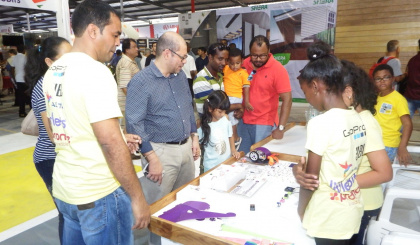 SPACE95 presenting its projects to the public