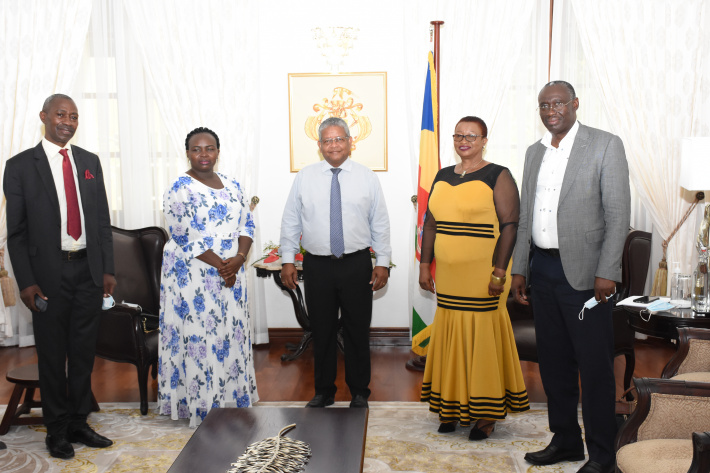 The Ugandan delegation in a souvenir photograph with President Ramkalawan (Photo: Louis Toussaint)

A delegation from the Ugandan Parliament was at State House yesterday morning to discuss with President Wavel Ramkalawan on our parliamentary support to its candidacy, Hon. Bangirana Anifa Kawooya, who is aiming for the position of vice- president, Eastern Region in the PAN African Parliament (PAP).

The discussion also focused on the future of the African parliamentary institution.

The mandate for the current members of the PAN African Parliament Bureau ends in May, 2021 and elections will be held to elect new members for a three-year term.

It is to be noted that both Seychelles and Uganda are among the fifteen PAP member states.

She claimed that their candidate, Hon. Kawooya, who was also present in the discussion, is an expert in international relations and diplomacy, conflict resolutions and with her serving in the helm, with her qualification in diplomacy among other qualities, would be of great help to solving conflict resolutions among handling issues of interest to member states.

Hon. Amongin noted that apart from meeting with the President to discuss support for Uganda’s parliamentary position of vice-president on PAP, they were also on a courtesy call on President Ramkalawan who was also a former member. She noted that President Ramkalawan, as a member, was full of wisdom and full of knowledge and was like a guide to them in the Parliament.

Hon. Amongin said that they have since visited several of the fifteen Eastern member states, without Covid-19 restrictions, to seek their support.

She added that they will be doing virtual discussions on the subject to other countries with Covid-19 restrictions.

The delegation, who arrived in the country on Wednesday this week, is expected to meet with Speaker Roger Mancienne and some other members of the National Assembly involved with PAP today before leaving the country for Rwanda tomorrow.

Initially the seat of the Pan-African Parliament was in Addis Ababa, Ethiopia, but it was later moved to Midrand, Johannesburg in South Africa. 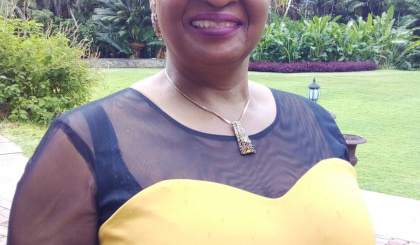