The National Assembly of Seychelles |23 April 2021 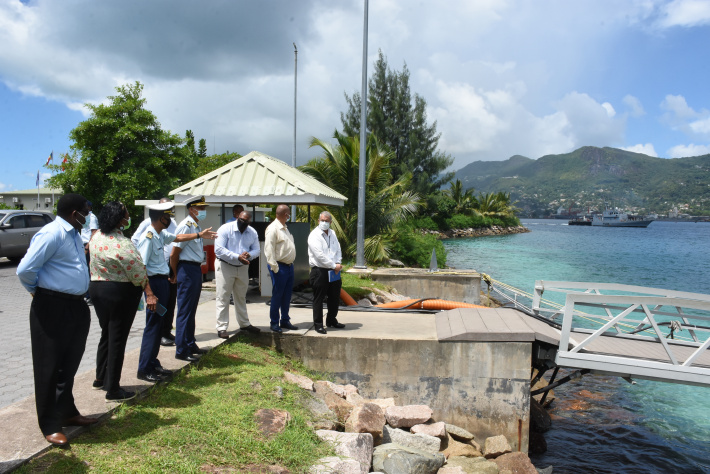 As part of its main function which is to carry out oversight on the government’s work, especially spending, one of the National Assembly’s sessional committees, namely the Defence and Security Committee, yesterday visited two of the country’s defence institutions.

On both visits they were accompanied by SPDF Chief of Defence Forces (CDF) Colonel Michael Rosette.

Prescribed in the Standing Orders under Order 90, the Defence and Security Committee has been set up to establish a close collaboration with the SPDF, the Seychelles Police and all government agencies involved with national security, as well as discuss the budget allocation for these agencies and also to carry out consultation on the development plan of these organisations.

It also receives regular reports from these organisations.

The committe is also made up of secretary Godfra Hermitte and assistant secretary Gillian Samson.

Hon. Andre noted that the visits are crucial parts of the oversight role as they allow them to see for themselves the real needs and merit behind the recently-approved budget for the organisation.

He explained that it is not enough to just sit in the National Assembly and receive explanations about figures, but it is equally important to physically see different assets and facilities of the organisation to ensure that the requested funding is being used aptly.

Hon. Andre also noted that the committee was very satisfied with what they saw and that the members are convinced that the SPDF is doing a good job, in terms of spending.

He however added that, as it is always the case for most organisations, the budget of the defence forces is still not enough, preventing the force to perform to the best of its ability.

Among the number of setbacks discussed with the SPDF, Hon. Andre pointed out that training and retaining of manpower, along with more equipment to better perform their duties, remain the main obstacle of the force.

On behalf of the SPDF, Colonel Rosette said the meeting was very fruitful as it gave both parties the chance to interact on various subjects, especially the ongoing restructuring to better face the real existing threats, especially at sea.

How to attract the youth to the force was also a topic discussed lengthily yesterday.

It was on December 2, 2020 that members of the Defence and Security Committee took their Oath of Secrecy in the presence of the Speaker of the National Assembly, Hon. Roger Mancienne.

They swore not to communicate or divulge directly or indirectly any matters which are brought before the said Committee and which are entrusted to them under secrecy, in line with the terms of reference of the Committee.

This procedure was decided in a previous Committee meeting as the members and secretaries of the Committee will be exposed to sensitive information involving the SPDF, the Police Force and Intelligence Services.

The Oath of Secrecy is one which is of great importance, as the unauthorised publication or disclosure of that information can lead to a security risk being posed to the State.

The accompanying photos show some highlights of the visits. 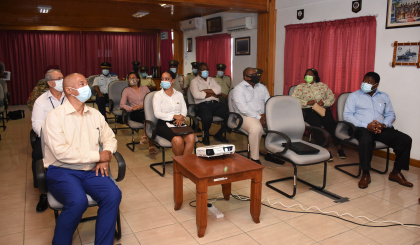 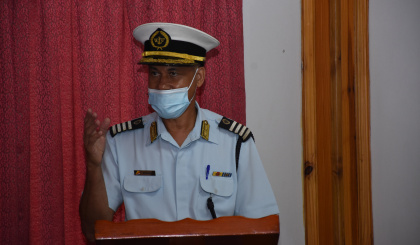 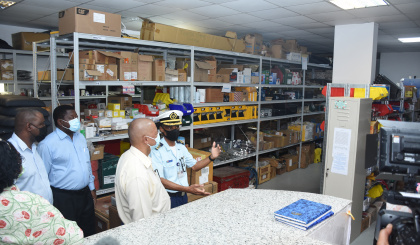 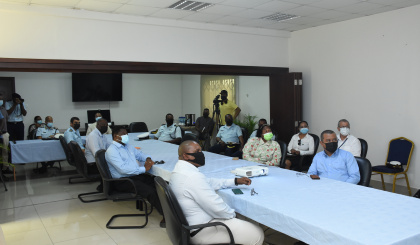 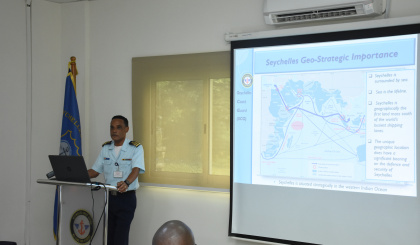