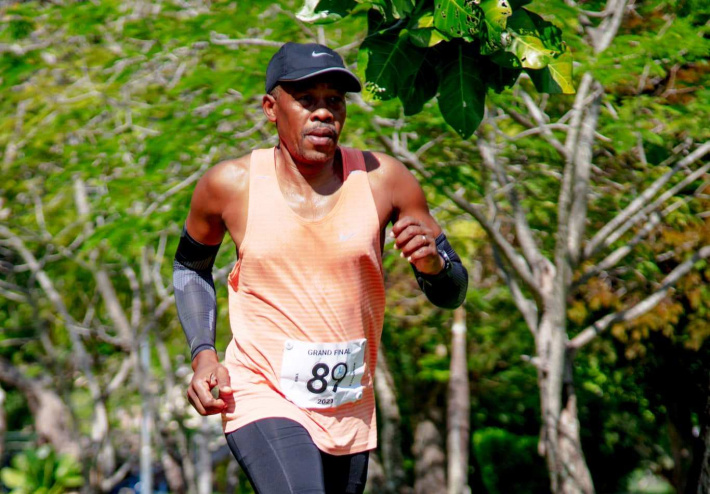 Joel Melanie back on course of charity running

After a small break, enthusiastic runner Joel Melanie will be back in action again on Saturday in his quest to raise funds for various local associations, bringing his support towards the wellbeing of Seychellois families and children.

Saturday’s run which is taking place on La Digue will be the first in a series of three which will also take him to Praslin in June, with the last challenge taking place on Mahé in August.

Nicknamed ‘Anmenn Mwan La Digue’, after the host island, the 21km event will be the beginning of the third phase of his project, started in 2018 with the aim of raising funds for financially-struggling associations towards infrastructure development or other facilities to provide long-term support for Seychellois families and children.

The second phase of the project, nicknamed ‘Retourn Praslin’ is scheduled for June 26, while the last phase – ‘Mwa Retournen Victoria’ – has been planned for August 29.

One is 100km Challenge for the month of April, whereas the other two are fund raising activities for a good cause, namely a 100km in April for Prostate Cancer UK.

He said he has been given the permission to take part, even if he did not create a Facebook page to raise fund.

Mr Melanie explained that compared to previous phases of the project where he personally collected the funds, this time the beneficiaries have been authorised by him through a certified document to collect the funding.

He thanked all those who have been contributing continuously towards the cause and is also encouraging more people to join in, making a difference in the life of the vulnerable members of our society.