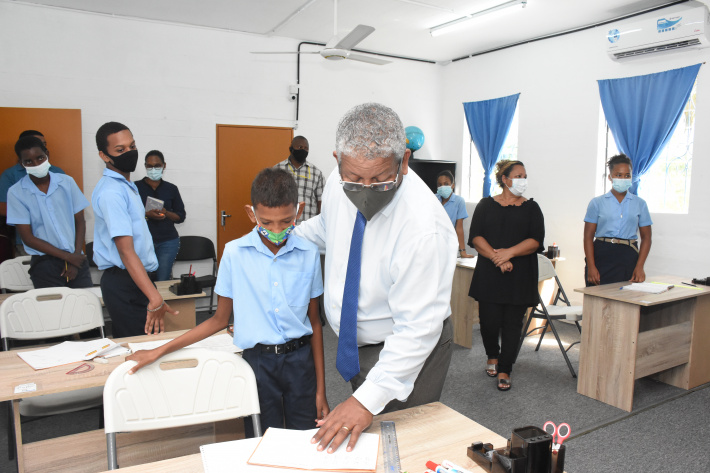 President Wavel Ramkalawan conducted his first visit to the newly renovated ex- maritime school which has now become the new centre for the hearing impaired.

He was accompanied by the Minister for Education, Justin Valentin.

The school was constructed through a donation by the Japanese embassy and partly funded by the deaf association. The total cost of the centre is in the region of R1.3 million.

This visit comes a month after the head of state welcomed a delegation from the Association of People with Hearing Impairment (Aphi) at State House for a meeting which centred on the various issues affecting members of the deaf community in Seychelles.

The tour of the centre was led by the chairperson of Aphi, Anita Gardner, where she gave a guided access to the facilities such as classrooms and kitchen and sick bay area. The centre also has rooms to accommodate children from Praslin and La Digue.

“During the visit conducted at State House, Mrs Gardner and I talked about how we can offer support to deaf children and I promised them that I would come on a visit myself to their new centre,” said the President.

A man of his words, the President had a maintenance team sent to the school to work on the centre’s garden as well as an accommodation room for visiting guests.

During the tour President Ramkalawan was able to see the work that the centre is doing and asked Mrs Gardner to prepare a budget so that they can get funding from the government.

“A school for deaf children needs to be on a certain level where they can get the best education and through my interactions I have seen that these kids are very intelligent and the only thing they need is a platform,” said the President.

He noted that the school will fall under the Ministry of Education and it will be attached to the Mont Fleuri school so that it can get full support.

During his visit the President got to interact with students as well as attend a class in progress.

Marius Cedras, Samiel Morel and Mael Bacco also put on a special performance for the President where they did a sketch using only sign and body language.

Afterwards the head of state was given a self portrait drawn by Samiel Morel who said that he was very happy to have been able to meet the president.

Before the President left, Kirstie Ernesta, a student at the centre, got a chance to interact with him where she said that deaf kids have the same capability as kids with hearing. She urged the President to help them so that they can get an education that is on the same level with the one hearing abled kids are getting.

In his response the President said that the government will make sure that they get the support they need so that they can continue with their studies and become contributing members of the society.

Mrs Gardner noted that the centre is equipped to deal with children aged four to 19 and has three teachers – Shana David, Calvin Morel and Shireen Hoareau.

Ms Hoareau noted that the centre has a more tranquil atmosphere compared to Au Cap school where the students were previously being taught.

She further added that the transition from Au Cap to the Mont Fleuri centre went smoothly despite the fact that some of them miss their friends at the old school.

Due to the students being of different ages, Ms Hoareau said that when it comes to the curriculum the students are given work based on their academic level.

For the moment the school has nine students but that number can go up as it may receive new admissions in the near future as it identifies more students that may benefit from the school.

The school currently is not funded by the government. Mrs Gardner noted that the money they use comes through various grants and donations as well as from the occasional activities that they hold.

“We have struggled a lot and 90 percent of my time is spent looking for funding so that we can continue to give this service as it is needed in the country,” Mrs Gardner said.

“We will be doing some renovations here and there but we don’t have a cost on but for now it’s on a standard that we can use,” said Mrs Gardner.

She also added that there will always be kids at the centre as hearing impairment is prominent in Seychelles so they need to work on a programme that will make sure that no matter how many kids they get they will have enough teachers.

“Oftentimes we get calls from schools where they suspect a student to be deaf but many parents do not cooperate and hide the fact that their kids are deaf. If they are not coming forward and bringing their kids to us when they are young they will lose out on their education,” said Mrs Gardner.

With regard to the teachers, she noted that the association has trained teachers but some of them have dropped out, adding that there have been teachers who have expressed interest in working with them in the past but the Ministry of Education did not allow them to.

Seychelles NATION also got a chance to speak to Samiel Morel, a student currently at the centre, who said the centre’s environment is different from his old school but he is learning better.

“The subjects are a bit hard but with the help of my teachers I will be able to adjust,” he said.

Samiel also said through his interpreter that his dream is to one day work in hearing aid maintenance.

The accompanying photos show President Ramkalawan and his delegation touring the centre. 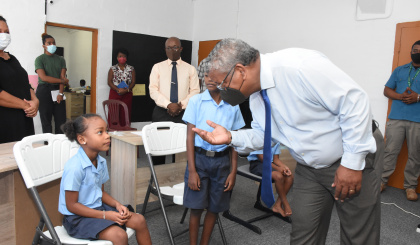 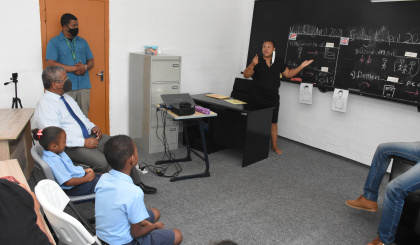 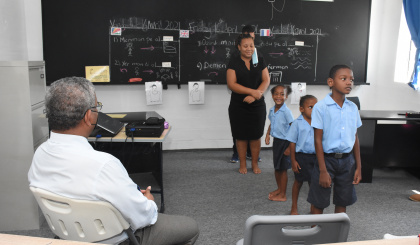 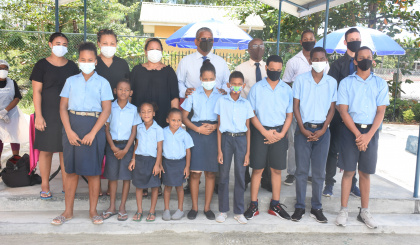