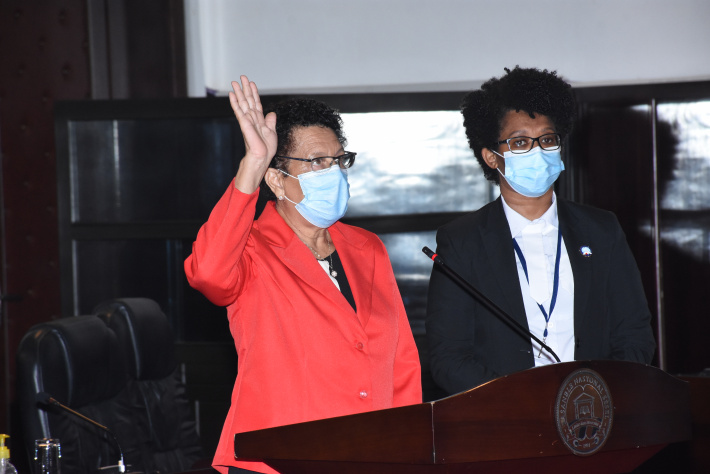 Former National Assembly representative for the inner islands Noline Sophola was on Thursday April 1 sworn into the Seventh National Assembly as a proportional member of the United Seychelles (US) party, replacing Hon. Chantal Ghislain who held the seat up to Wednesday March 31, 2021.

Ms Sophola who in the Sixth National Assembly in 2016 secured one of the 10 direct seats under the US ticket, took the Oath of Allegiance before the Assembly on Thursday morning, swearing faithfulness and true allegiance to the Constitution of Seychelles, before taking her seat.

“We felt that Ms Sophola will have the opportunity to continue and complete the work that she had started in the National Assembly . Honourable Ghislain has a very important and very strong role within the party,” Mr Pillay noted.

On her end, Hon. Sophola conveyed her satisfaction at having been chosen to once again represent the people under the US political party.

“Firstly, I am happy that the leader of the party gave me the privilege to return and to complete the work that I started, as well as to see my colleagues.”

“The work plan is for us to unite. We are not here to create any division, but we are here to work on a principle, to shed light for people to see things that maybe were said in the past, and now it turns out to not be the case. I will ensure that what the people need to move forward, for us to see the way things are as they are despite all that has been said, now is the moment for me, together with my colleagues to bring out the truth,” she stated. 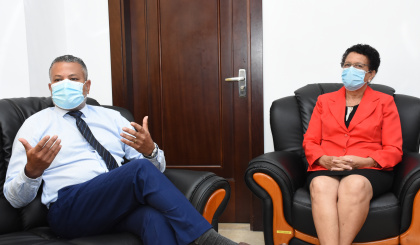