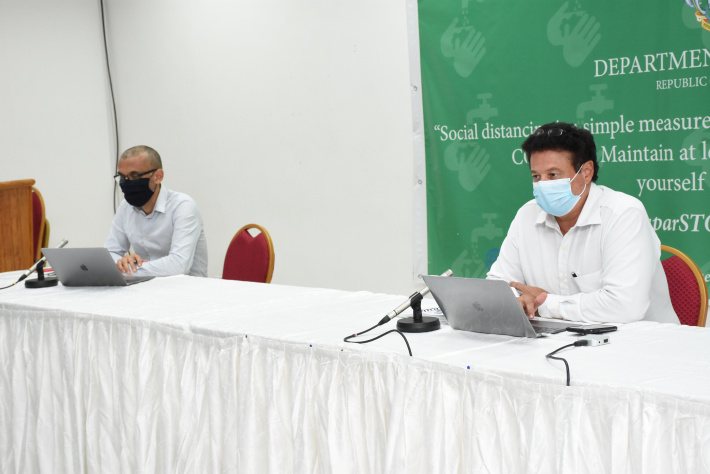 The Ministry of Health has reported one further Covid-19 related death and 100 new confirmed cases between April 1 and April 4.

The figures, accumulated throughout the Easter weekend, mean there has now been a total of 4,332 cases of Covid-19 in Seychelles and 24 deaths.

The last person to pass away from the novel coronavirus is a 44-year-old foreign seafarer who tested positive on March 18 and died on March 30.

The ministry’s update on Friday, April 2 noted that there are significant Covid-19 clusters on Praslin, La Digue and Silhouette that are being monitored.

Meanwhile, in the weekly health conference held on Thursday April 1, Public Health Commissioner Jude Gedeon noted that 90 percent of positive cases have already recovered with a mortality rate of 0.6 percent.

He added that 350-400 cases recorded have been minors and in the last two weeks since the beginning of in-school learning 101 cases of children below 18 have been infected.

The doctor also talked about the ongoing regulations that have been put in place and noted that they will be gradually relaxed in the coming months.

Regarding the vaccination campaign, 65 percent of the population has already taken their first dose of vaccine while 40 percent has taken both doses.

“When it comes to the targeted population we have a percentage of 92 which is expected to go up as more people will be taking their second dose of the vaccine in the coming weeks,” said Dr Gedeon.

Regarding the quarantine and isolation facilities, the chief executive of the Health Care Agency, Dr Danny Louange, noted that the number of admissions into the hospital has gone down.

“We have eight people currently at the Family Hospital, of whom three are in the intensive care unit,” said Dr Louange.

He added that two of those three patients have recovered while one still remains in critical condition.

The CEO also said that as of Thursday last week there were 31 people at the Berjaya hotel, three at the coast guard facility, 43 at Avani, 33 at the Indian Ocean Lodge on Praslin and four at the Holiday In Apartments.

The North East Point has 10 remaining active cases on site as of April 1.