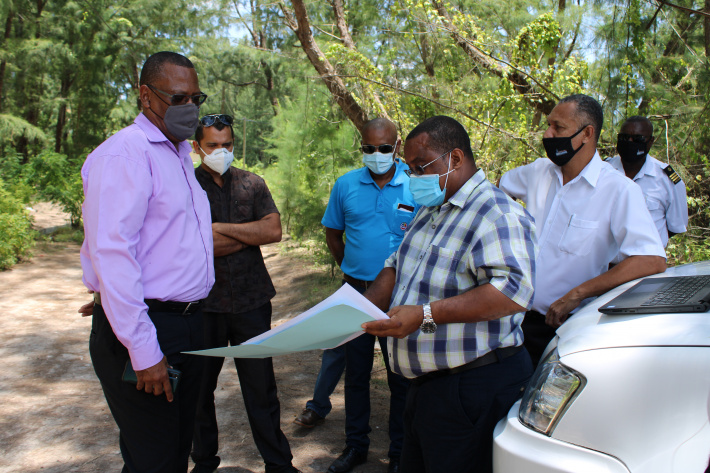 Residents of La Digue recently had the chance to voice out and give their views on two major projects which are about to begin during a meeting with the two ministers whose portfolios cater for the various entities responsible to carry out the projects.

Agriculture, Climate Change and Environment Minister Flavien Joubert, along with Minister for Transport, Antony Derjacques, were recently on the island where they visited the sites for the two projects, namely the L’Union Estate drainage project and the new port and related facilities at La Passe.

The first stop for the ministerial delegation was the L’Union Estate where the two ministers discussed with coordinator for the drainage project Steve Mussard of the Public Utilities Corporation (PUC) on the implementation of the development.

Following the visit, the delegation, including officials from the Seychelles Ports Authority (SPA) met with residents at the Bamboo Chalets to discus about the new port project.

Also present were members of the National Assembly for La Digue Rocky Uranie, along with proportionally elected member Doyace Porice.

At the meeting, Minister Derjacques reassured those present that official agreement has already been reached regarding the project and the authority concerned is ready to move ahead with the tender process.

He explained that it was normal and customary to come back to the residents before proceeding with the tender process.

Among the issues raised was the size of the port entrance, in relation to bigger boats and also regarding the placement of a marina which will be in the second phase of the project.

Minister Derjacques said if everything goes according to plan, the project will begin at the end of July this year.

Regarding the drainage project, Minister Joubert noted that during the visit, he had the chance to discuss with the PUC regarding the placements and execution of the projects, while the residents also brought in some very useful contributions which he said will help to avoid inconveniences, especially with other existing structures and establishments.

Minister Joubert however added that it will be up to the PUC to further meet with residents for more discussions and possible suggestions in relation to the project.

The two ministers also met representatives of the island’s business association, along with the taxi and club cars operators association to discuss on ways to work jointly in the benefit of all, following confusions regarding the roles and functions of taxis and club cars.

The accompanying photographs show some highlights of the ministerial delegation’s visit. 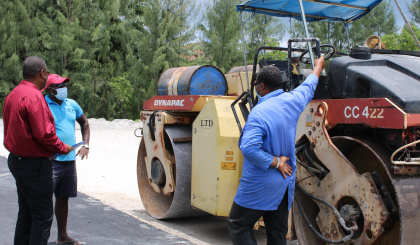 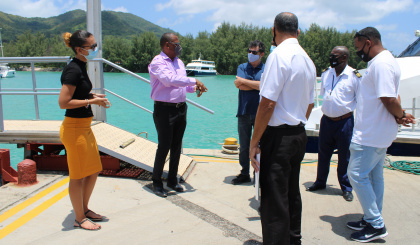