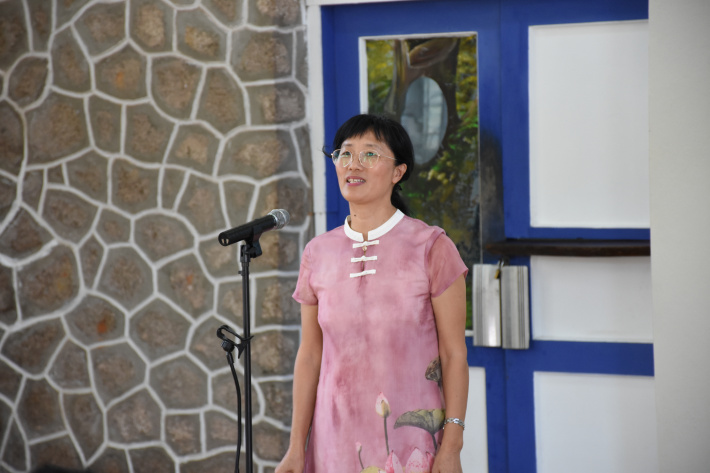 Chinese language learners from the Seychelles Tourism Academy, department of culture and the Seychelles Institute of Art and Design yesterday received their certificates in a brief ceremony organised to commemorate the Confucius Institute Day 2020.

The event was organised by the Confucius Institute, which has since 2014 partnered with the University of Seychelles (UniSey), to coincide with Confucius’ birthday which falls on the 25th day of the eight lunar month of the Chinese calendar. The day is observed annually on September 28 to pay homage to one of the greatest Chinese philosophers, Confucius, China’s earliest teacher.

Four Chinese learners were presented with their Level 1 certificates and a further four awarded for having successfully completed Level 3. One learner received his Level 4 certification.

The best performers from STA were also recognised and rewarded for their dedication. They are Anne-Lise Mondon, Esther Cesar, Shannon Estro, Della Layra and Nisha King.

Ms Wang advised of the numerous opportunities at hand for Chinese language learners, such as chances for scholarships and exchange programmes, in addition to the economic benefits to the country if there is a pool of specialised Chinese language speakers, in key economic sectors.

“Chinese is a language commonly spoken around the world, both in and out of China, because of the large Chinese diaspora the world over and China being a business hub. With the growth of trade, there has been a sharp increase in global demand for Chinese learning. The same applies to local learners, as language is the base from which they can progress to take on opportunities in China,” said Ms Wang.

“Seychelles, as a country which draws a lot of tourists, needs to enlarge its tourism market and it needs to attract more visitors from China, and when you have people who are specialised in the language, the visitors feel at home,” she said.

Presently, the institute has three lecturers, on account that some have had to depart and the Covid-19 pandemic threw off plans for incoming volunteer teachers from China.

According to Ms Wang, most of the participants of Chinese learning are young students, at school-level, but such differs according to the demands of the local market. Seychelles Tourism Academy (STA) and Seychelles Institute of Art and Design (SIAD) students benefit from such classes, as well as students of lower levels, through primary school Chinese clubs, at Plaisance, Au Cap and Anse Royale primary schools.

As of this week, the institute also started classes with a new cohort of adult learners, after work hours at the UniSey Mont Fleuri campus.

Participants and alumni can benefit through training and other programmes in China if they successfully pass their HSK (Hanyu Shuiping Kaoshi) or the Chinese Proficiency Test, an international standardised exam which tests and rates Chinese language proficiency. It assesses non-native Chinese speakers' abilities in using the Chinese language in their daily, academic and professional lives.

The ceremony was also an opportunity for the learners to interact with each other, and demonstrate what they have learnt through song form.

Local director of the Confucius Institute, Joelle Perreau, was also present for the ceremony. 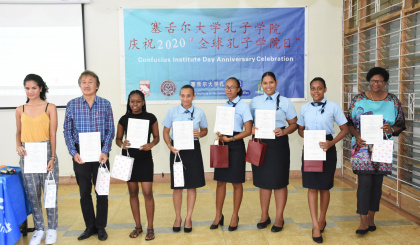 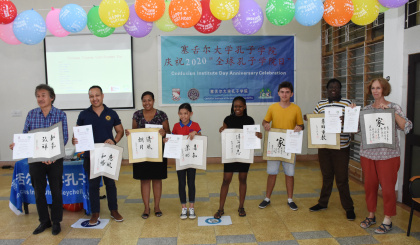 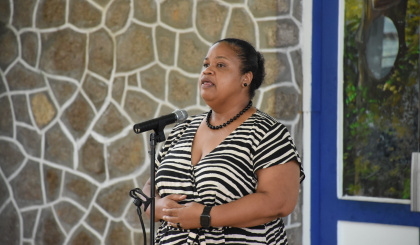