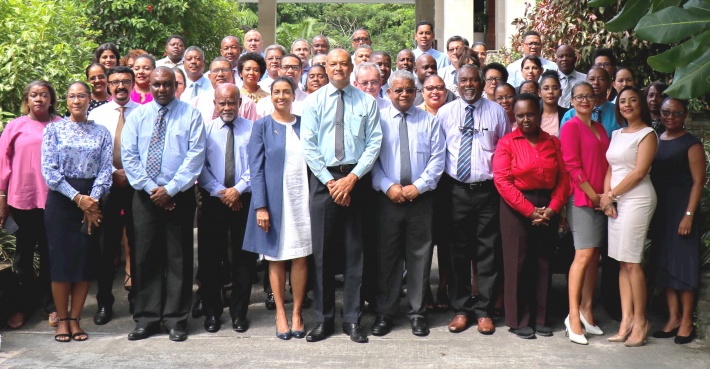 MNAs, key representatives of institutions and bodies working to uphold peace, justice, reconciliation, human rights, democracy and transparency across all sectors of society in line with the UN SDG16, came together last Friday in a forum to review progress in achieving the SDG, discuss challenges and explore ways to make more headway.

The forum was organised in collaboration with the United Nations Development Programme (UNDP) to mark the International Day of Parliamentarians observed annually on June 30. It is the second time parliamentarians here mark this day.

Under the theme ‘The implementation and promotion of SDG16 ; How far ahead are we?’ the participants reviewed their progress, discussed challenges and explored ways to overcome and address these.

SDG16 is about peace, justice and strong institutions whereby emphasis is put on promoting peaceful and inclusive societies for sustainable development, providing access to justice for all and building effective, accountable and inclusive institutions at all levels.

UNDP programme manager Roland Alcindor stressed that the day is an opportunity to celebrate and showcase the work of parliaments as institutions committed to improving the lives of their constituents and upholding democratic values.

Welcoming the participants, National Assembly Speaker Nicholas Prea noted that “while parliamentarians have a responsibility to support and monitor the implementation of all SDGs and safeguard the integrity of Agenda 2030, Goal 16 has special significance for parliamentarians.

‘’We are here today to take stock of where we are, look at the targets and evaluate how far the sixth Assembly has moved and made progress in achieving this goal,” Speaker Prea reminded everybody present.

Through different presentations on some of those targets by different parliamentary committees and other institutions, parliamentarians and the reps of the latter were able to assess their positions and benchmark their progress for future monitoring.

Additionally Speaker Prea expressed the firm belief that the sixth Assembly through its mandate to legislate along with its oversight role on the executive and that of representing the interests of the people, after only two and a half years has been able to raise the level of governance to a new height.

“Such an achievement has been through the hard work and determination of members supported by a strong secretariat,” Speaker Prea affirmed.

Speaking about SDG16.6, a target related to ‘develop effective, accountable and transparent institutions at all levels’, the chairperson of the Finance and Public Accounts Committee (FPAC) in the National Assembly, Wavel Ramkalawan, supported Speaker Prea’s view but he went further to stress that our Constitution provides us with all the mechanisms to have effective, accountable and transparent institutions.

Mr Ramkalawan went on to highlight all the progress and transformation brought about by the new work approach adopted by the sixth Assembly and all its committees notably the FPAC whereby the people have developed a new interest in its work particularly in all the public hearings aired live on radio and television. He pointed out that the important thing about the work of the FPAC is not only its popularity but the knowledge people got by following the different deliberations and additionally they could interact with their MNAs while sessions were ongoing and bringing to their attention their concerns.

“This is a very important aspect in fulfilling SDG16.6. because when people know what is happening, then they can be engaged, feel concerned and ask questions, then even those in a position of responsibility will ensure that they fulfill the tasks demanded of them because they know they can be questioned and taken to task,” Mr Ramkalawan pointed out, noting that as this was previously not the norm, it was received with some level of resentment and misgiving. But he stressed that the aim was to have transparency because without transparency we would fail.

Having highlighting the issue of transparency, Mr Ramkalawan went on to highlight the achievements of the Assembly through the FPAC in investigating the accounts of l’Union Estate, the Seychelles Revenue Commission (SRC) noting that as a result the two entities have recorded remarkable progress in revenue collection.

“Seychelles has all the provisions it needs in its Constitution and the authority of the National Assembly as an oversight body is so powerful,” he stressed, highlighting the different Articles of the Constitution which show the powers of the Assembly.

“If we are to take seriously the role of the Assembly we will definitely climb to greater heights as it does not work in a partisan manner but by putting emphasis on the national interest,” said Mr Ramkalawan.

SDG16.5 target relates to ‘substantially reduce corruption and bribery in all their forms’ and through a presentation the chief executive of the Anti-Corruption Commission of Seychelles (ACCS), May De Silva, reminded everyone present that it is not the responsibility of the ACCS alone but that of everybody across all the public sectors, government entities and society as a whole to look at the issue of corruption and bribery which are not new to society but dates back to biblical times.

But the questions she asks is “how can we sustain our work to fight corruption and bribery”?

She went on to detail the work of the commission, a self-governing, neutral and independent body that was established under its Act in March 2016.

She upholds the mission of the ACCS to fight corruption through effective detection, investigation and prevention of corrupt practices and its vision is to have a corruption free society but this in an environment of integrity, accountability and transparency.

But questioning the UN SDGs Ms De Silva called on everyone present to reflect deeply on the sustainability of these goals stressing that as a country or group of countries which are part of the UN “we need to look at the size of our countries, our population, our infrastructure as we are all different in terms of our cultures and the way we operate”.

She pointed out that five targets of SDG16 are relative to gender equality and the UN Convention on the Elimination of Discrimination Against Women (CEDAW) sets out clearly the need to fight discrimination against women.

She led participants on a journey of all the conventions that as a country we have signed and ratified and what we are doing to honour our obligations in line with these conventions.

She stressed that it is important to encourage governments to work efficiently and rid themselves of loopholes where there are corrupt practices.

“There has to be greater government accountability and transparency and I think it is very important not only to have policies and procedures but to implement them as some of them gather dust once they are done,” Ms De Silva stated while detailing the prevention work of the ACCS.

Other presentations focused on ensuring public access to information, protection of fundamental freedoms, promotion and enforcement of non-discriminatory laws, among other topics. 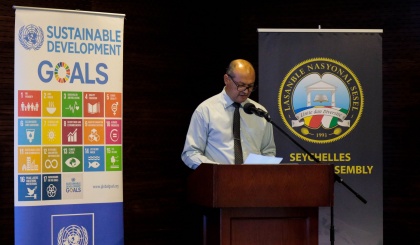 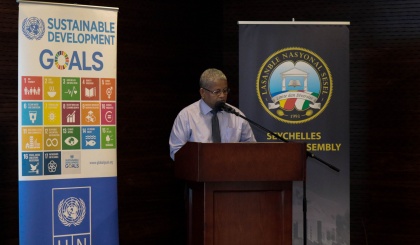 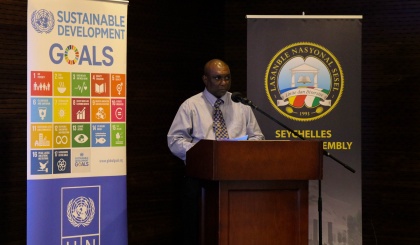 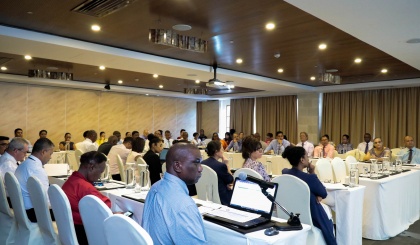 A partial view of delegates