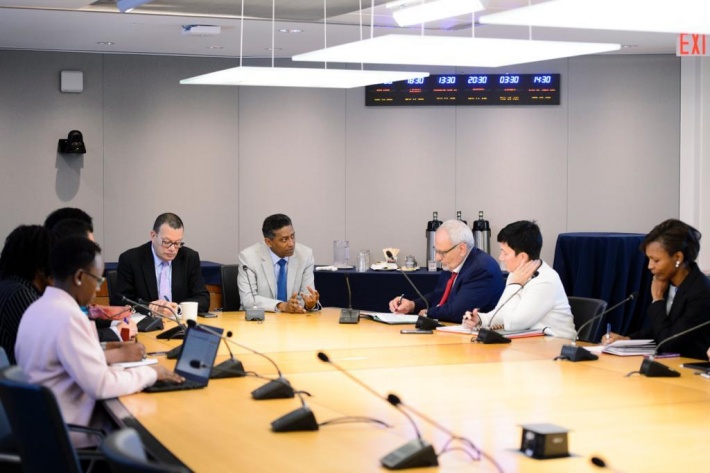 The meeting with The Nature Conservancy reps

President Danny Faure has met representatives of The Nature Conservancy and of the International Finance Corporation.
The Nature Conservancy's regional director for Africa, Matthew Brown, called on President Faure on Wednesday to discuss TNC's continued engagement with Seychelles and the way forward for the Seychelles debt swap. TNC, one of the world's largest environmental NGOs, provided technical and financial support to the debt swap to protect 30% of Seychelles' ocean territory.
The two men discussed ways to replicate and upscale the debt swap in the region and further fund and strengthen the management of the marine protected areas.
President Faure later called on the chief executive of the International Finance Corporation (IFC), Philippe Le Houerou. The IFC, a member of the World Bank Group, is the largest global development institution focused on the private sector, operating in more than 100 countries worldwide.
The meeting, which included other top IFC officials, looked at the corporation's potential involvement in the greening of the Seychelles economy in areas such as renewable energy and energy savings, tackling climate change, protecting the environment and boosting the islands’ eco-tourism credentials.