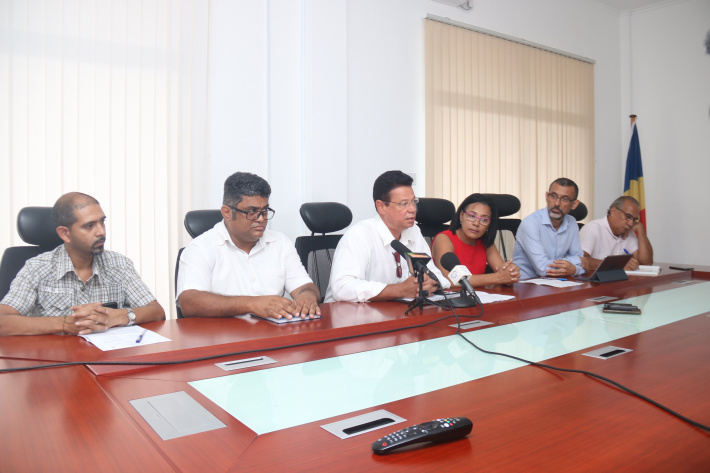 The Public Health Authority (PHA) and Health Care Agency (HCA) are well prepared for any suspected cases of coronavirus, a novel strain of coronavirus that has not been previously identified in humans and that has been circulating in China since late last year.

Coronaviruses (CoV) are a large family of viruses that cause illness ranging from the common cold to more severe diseases. The novel Corona Virus was identified in Wuhan, China in late December 2019 and is said to be spreading fast within China and the surrounding region. The virus originates from animals but it is yet to be established how contagious it is from human to human as was the case with Severe Acute Respiratory Syndrome (Sars-CoV).

Symptoms include fever and respiratory symptoms including cough, shortness of breath and breathing difficulties. In more severe cases, infection can cause pneumonia, severe acute respiratory syndrome, kidney failure and even death.

“A new virus that is circulating in China and it is happening really quickly so numerous measures are being put in place, in China where the outbreak happened in Wuhan as well as in Seychelles. For the time being, the virus which was discovered late last year, ‘corona’ because it is shaped like a crown, in January they were able to detect the virus and now tests are being developed to confirm the virus. Shortly after, China disseminated information about the virus to other centres around the world so they can develop the tests, since there is no commercially-available test to detect the virus,” Dr Gedeon noted.

According to the latest update from the World Health Organisation (WHO), there are over 800 persons confirmed infected, 25 of whom have since passed. The confirmed cases do not reflect the reality of the situation and does not mean that those are the only people infected as estimates suggest that there are possibly 4000 persons who have contaminated by the virus although they may not be experiencing severe symptoms like the others.

“Cases of infection outside of China are all imported cases from persons who have visited Wuhan or near Wuhan, where the virus originated, meaning all such patients had travel history to Wuhan. It is also important to note that there has been no transmission of the virus outside China. This is not to say there is no risk of transmission in other countries, but it has not yet happened,” he added.

Despite the outbreak, a situation report produced by the WHO dated January 23, states that WHO assesses the risk of the event to be very high in China, high at regional level but moderate at global level.

Despite the outbreak not being deemed as a global public health threat, numerous countries have started implementing preparatory measures towards infection prevention and control and clinical management.

In Seychelles, the relevant authorities have started preparing by introducing new measures including screening all inbound passengers from China, checking their temperatures as well as recording all their personal details including where they are being accommodated, with visits conducted by public health officers daily to check their temperature and health status.

Ships and vessels entering through the port are also being checked as is the case usually, and is boarded by a public health officer before it can dock in port. Captains are also required to submit a medical information form to the officer to assess health risks before they can be granted permission to dock in Port Victoria.

“It must be said that up to now, we have not received any passengers from Wuhan (by air), but from other zones in China. Nonetheless, our surveillance system applies to all inbound flights as there is a possibility that a passenger may be travelling from Wuhan through different routes. Public health officers at the airport have been briefed about actions to take if a person has a high temperature or is displaying the symptoms,” said Dr Gedeon.

Other measures include ensuring a sufficient stock of Personal Protective Equipment (PPEs) for health professionals as well as persons who would potentially have to work closely with infected persons, although there was already a stock from the ebola outbreaks and are in the process of acquiring an additional stock.

While there is no specific treatment for the virus as of yet, many of the symptoms can be treated based on the patient’s medical condition. Moreover, supportive care for infected persons can be highly effective.

To reduce their risk of contracting viruses, Dr Gedeon urges all to ensure that their hands are kept clean and to stay away from others if they have any respiratory problems.

As explained by Dr Louange, the agency has also been preparing for any suspected cases, noting that persons who are suspected to be suffering from the virus will be hospitalised and receive treatment at the Anse Royale Hospital.

“We are also allocating other resources. We have started training staff so they know how to care for patients and this afternoon, we are holding lectures, talks and discussions with all our staff who are on the frontline. I think we have the resources and facilities available to deal with a suspected case if it arises,” Dr Louange said.

As the authorities prepare and put in place response measures, the WHO has developed an interim guidance for countries on laboratory diagnosis, clinical management, infection prevention and control in healthcare settings, home care for mild patients, risk communication and community engagement. WHO is also informing countries about the situation and providing updates and support as requested.