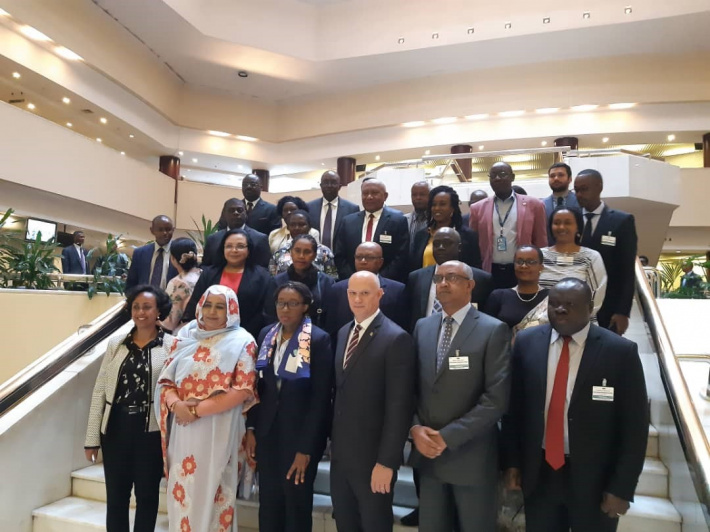 Health Minister Jean-Paul Adam co-convened a meeting of stakeholders in Addis Ababa, Ethiopia on Thursday on harnessing the opportunities of the African Continental Free Trade Area to develop pooled procurement of essential drugs and products and local pharmaceutical production for the continent.

The other co-conveners of the meeting were executive secretary of the United Nations Economic Commission for Africa, Vera Songwe, the African Union Commission, the Federal Government of Ethiopia and the Intergovernmental Authority on Development (IGAD).

The meeting aimed to bring together government representatives and private sector manufacturers as well as financing institutions to leverage better economies of scale through pooled procurement on the African continent. The Continental African Free Trade Area which came into force earlier this year also creates new impetus for such initiatives alongside the Africa Medicines Agency Treaty which was agreed at the African Union Summit of January 2019.

In his opening remarks, Minister Adam stated that the initiative to achieve pooled procurement was anchored in the goal of achieving universal health access on the African continent.

“The health of our people, is one of the most fundamental factors that underpins shared prosperity. We thus seek to anchor our economic growth through universal access to healthcare. Universal health is the best way to achieve Universal wealth,” said Minister Adam.

It should be recalled that Seychelles also currently chairs the grouping of African Health Ministers from Small Island Developing States, and that Seychelles has actively pursued pooled procurement as an option to help small islands developing states (Sids) achieve more efficiencies and cost effectiveness in their medicines procurement.

Minister Adam shared the experiences so far of the Sids grouping since the initiative was started in 2017. The minister explained the challenges of Sids, who despite often having a high gross domestic product (GDP) per capita, also have to bear a high cost per capita in terms of their procurement of medicines and equipment. He underlined that the lack of economies of scale and their distance from major markets meant they were often marginalised.

The conference emphasised the importance of the work of various regional economic communities such as the Southern African Development Community (SADC) and the East African Community in establishing the building blocks of pooled procurement. The initiative of African Sids was also commended as a practical move to address immediate concerns.

Delegations from both government and private sector agreed that it was imperative to pursue the initiative and that the African Continental Free Trade Area (AFCFTA) and the AMA represented game changers that could render pooled procurement viable.

The conference also underlined the importance of transparency and information sharing to build effective partnerships towards pooled procurement.

It also represented an opportunity to engage with the African private sector to mobilise the necessary investment required to scale up production to meet the requirements of pooled procurement.

The outcome of the conference was to mandate that states that were interested be engaged with regards to their needs and interest, and that like-minded states that were committed be supported to build regional pooled procurement mechanisms. Uneca and other partners present resolved to further support this process. In addition to these practical steps, in his concluding remarks the minister urged for advocacy by all parties to achieve the goal of pooled procurement for the African continent.

“We must all be advocates for the change that we want to see – where we can save lives through better and more effective access to medicines while also boosting Africa’s productive capacity,” concluded Minister Adam.

Communiqué from the Ministry of Health 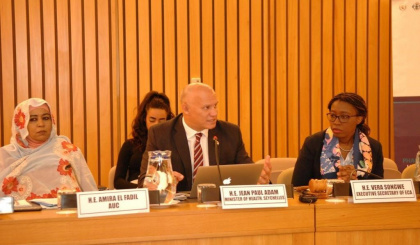 Seychelles gets anti-tuberculosis medications from India |14.09.2022