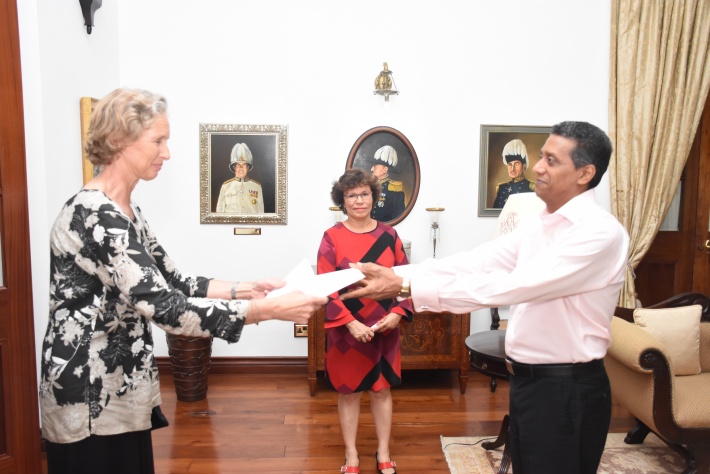 She was accompanied by Stian Christensen, deputy ambassador and honorary consul Chrystold Chetty.

In an interview with the press, Ambassador Rognlie said that “Norway and Seychelles have a lot in common; we are both very dependent on the ocean. Our discussions focused mainly on the Blue economy and maritime security, where Seychelles has done a good effort to hinder piracy in the Indian Ocean and to prosecute the pirates”.

“We also discussed on the ocean and the Blue economy that we are supporting through the World Bank projects which will also go to the Seychelles. In addition to resource management, we also discussed the marine data which is also part of the maritime effort,” stated Ambassador Rognlie.

The new Ambassador also said that currently Norway is seeking the support of all countries for its candidature for a UN Security Council seat for 2021-2022.

Ambassador Rognlie will be based in Nairobi and her term is for three years.

Present at the meeting was also principal secretary for the Blue Economy, Kenneth Racombo.

The PS elaborated further on potential areas of cooperation. She emphasised the desire for more cooperation in several domains such as fisheries, Blue economy, marine debris and piracy.

On behalf of the Norwegian government, Ambassador Rognlie confirmed the willingness for further cooperation in the above-mentioned areas. The ambassador reassured Dr Confait that Vice-President Vincent Meriton and his delegation have been well received at the on-going Nor-Shipping Conference in Oslo (see separate story on page 1).

In addition, Ambassador Rognlie highlighted the commonalities shared between Norway and Seychelles and stated that in future Norway will remain open to more exchanges for the benefit of both countries. 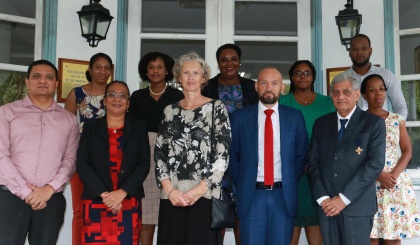