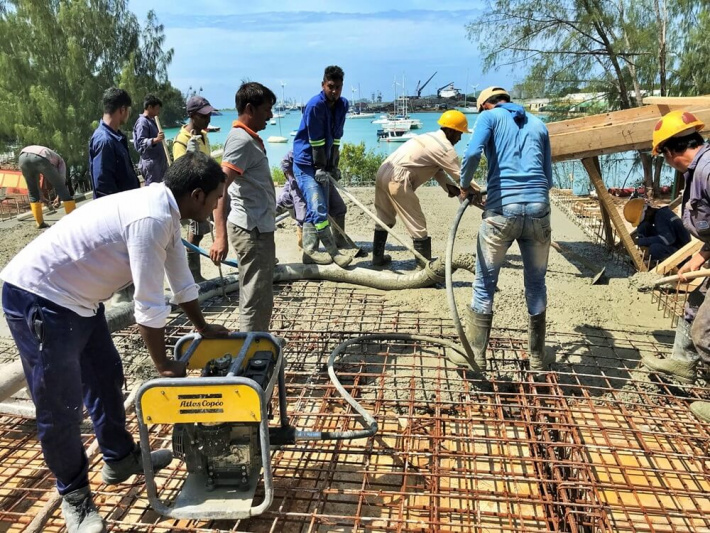 First of its kind in Seychelles, a new policy targeting foreign workers in the country was yesterday revealed to the National Assembly and the general public.

The policy has been proclaimed as an important document which would not only safeguard the rights of Seychellois workers but also that of foreign workers.

It has been developed with the help of the International Labour Organisation (ILO) which conducted a study prior to the policy to identify issues which were in need of addressing in the document.

The policy has also been modeled on countries that have some good practices in this domain and their practices have been adapted to fit the local context.

Minister Telemaque started off by explaining that statistics have shown that the number of expatriate workers in the country is on the increase.

“As our economy continues to grow so does the demand for more workers and what is most important is that we have structures in place which will manage this fact well, so that expatriate workers are recruited only when there is a lack so that we preserve the Constitutional rights of our people to decent work[…]”

In 2018 alone, the department of employment recorded 12,835 applications from employers seeking foreign workers. This figure represents both new demands and renewal of contracts.

It is projected that the need for expatriate workers will rise as many projects are to be undertaken in the next few years in the tourism, fisheries, education, health and financial sectors.

“The first strategy concerns the governance on migrant work. This is to ensure that we have institutions that are effective and, procedures and legislations are in place to govern migrant work based on information that are real and which includes the participation of key partners,” said Minister Telemaque.

“The second strategy protects the rights of all workers. It will protect the rights of migrant workers and maintain the highest standards in regards to working conditions,” Minister Telemaque read out.

“The third: development of human resource. This is to ensure that the necessary skills are available in the country to meet the demands on the labour market. It will promote employment that is productive and sustainable for all employees,” she added.

Under the first strategy, a committee comprising key stakeholders is expected to be set up to monitor the implementation of this policy. It will consist of representatives from the private sector, ministries of education and health, National Bureau of Statistics (NBS), non-government organisation and workers.

The policy will also amend the ministry’s quota system in that quotas for certain sectors, such as construction, will change from a percentage quota to a fixed number.

For the construction sector, the quota of migrant workers allowed will now be based on the class categories rather than percentage.

It will also be mandatory for an employer who is recruiting workers to register in the Skills Development and My First Job programmes.

Additionally, the policy will not allow for foreign workers to change employers unless they are victims of human trafficking

A new element that has been included in the policy is that an organisation with 25 and more employees will now have to draw up salary structures that are in line with ILO’s concept of ‘Equal pay for work of equal value’.

Organisations with 25 employees or more will additionally have to employ a human resource officer.

This is to ensure that all relevant procedures are followed to a tee in order to discourage cases of human trafficking.

Further than that, regulations will be put in place to regulate the work of recruitment agencies.

The policy also touches on subjects such as recruitment process, training programmes, contracts and certificates of entitlement.

Minister Telemaque stressed that this new policy will have to be evaluated and revised regularly in order for it to remain relevant.