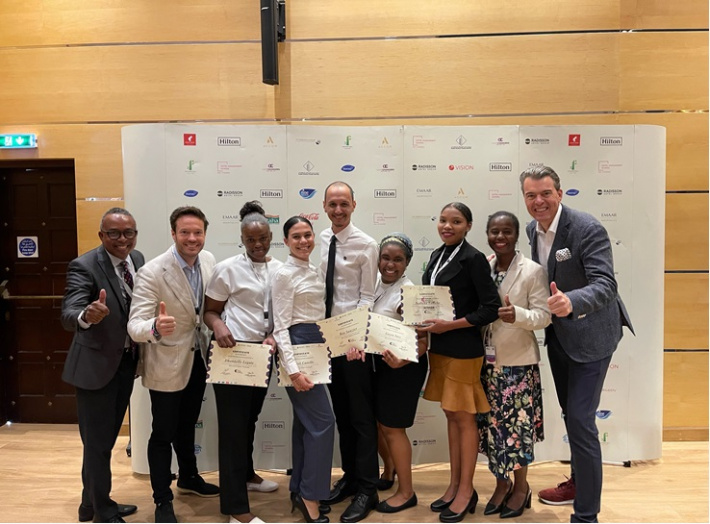 Five learners from the Seychelles Tourism Academy (STA) participated in the Middle East and Africa (MEA) Future Leaders Challenge live final, which took place in Dubai from January 15 to 19.

The five, namely Christy Camille, Dhonelly Legaie, Guyra Savy, Nadicha Labiche, and Ray Sauzier, where each placed in a group from one to five respectively and Group 4, which included STA’s very own Nadicha Labiche, received first place. There were 7 groups in total.

The MEA Future Leaders challenge is a platform that creates a community which tackles the challenges in the hospitability industry whether it is those of now or the future.

It also aims to make the MEA region the best talent developer in the world by bringing together industry leaders, students, and universities with development programmes.

Their mission is to empower elevate and educate future leaders and provide them with the best tools to step into their potential.

This challenge began by initial invitation from the MEA organisers through the connection of Hilton Seychelles, Andre Borg, the group area manager for Hilton Seychelles, with a visit to the Seychelles Tourism Academy, and by Hubert Ummels from the Game Changers Community, who is also the co-founder of Future Leaders challenge.

It originally started in September 2022 with a three-month educational programme where five of STA’s final three-year management students were selected together with over 45 other students from hospitality business schools in the MEA region.

Placed into seven randomly mixed groups, the five learners teamed up with other students from countries such as South Africa, Morocco, Egypt, United Arabs Emirates and Saudi Arabia among others.

The training was done online with organised sessions weekly and together with their groups, they worked and developed their topic area provided by the Advisory Board, which consisted of businessmen, general managers and presidents of top international hotel companies that supported the challenge ‘making the MEA region the best talent developer in the world’ and focused around the motto ‘Community over Competition’.

They then presented live on the final day at the Emirates Hospitality Management Academy in Dubai, accompanied by STA’s director, Terence Max, and deputy director, Brigitte Joubert.

In a statement, Mr Max, on behalf of the Seychelles Tourism Academy and the participants, thanked the organisers, the co-founders, trainers, the MEA board members and all the sponsors for facilitating their participation.

He added that “the learners have come back with a game changing experience which they will now share with their peers and as part of the greater picture to contribute also in the community development programmes”.

Miss Labiche said that going into the challenge she did not have the idea of winning in her mind but to acquire as much knowledge as she can. However, with the combined work of her group, although there was some language barrier, they managed to receive first place which was a shock for her. “We got the chance to meet with big figures in the tourism industry, which when looking at the names, it would seem scary to approach them, but they were very down to earth and welcoming people, always there to help and guide us. It was a really fruitful event,” she said.

For her part, Christy Camille shared that the challenge was a very good experience and she has gained a lot of wisdom, as it was one that she could not have gotten locally or even in the course she has taken.

“It was more of a networking event, because we got the chance to connect with, not only people here but also internationally. Plus there were top individuals and organisations present who gave us a better insight into the tourism industry and enlightened us with what they expect from us as ‘future leaders’.”

Ray Sauzier said that he viewed the challenge to be really helpful, to better the tourism sector of Seychelles in the future. “As a whole it was a great experience and I hope all the students also get to experience it in the future,” he said.

He added that this event exceeded his expectations for the simple reason that the other students were coming up with some great interesting and eye-opening ideas, which he could learn from and absorb. 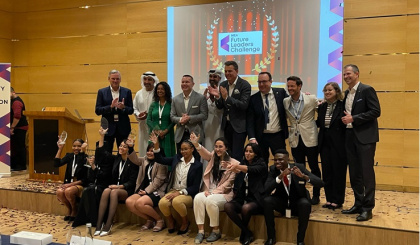 The winning team with members of the Jury, some members of the Advisory board, sponsors and co-founders. Nadicha Labiche from the STA is first on the left seated 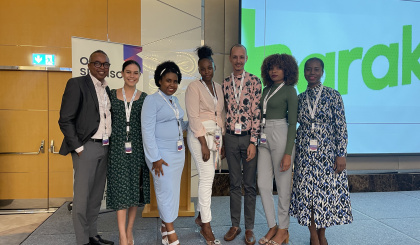