‘Seychelles does not need a lot of associations, but rather quality,’ says Ceps |24 January 2023 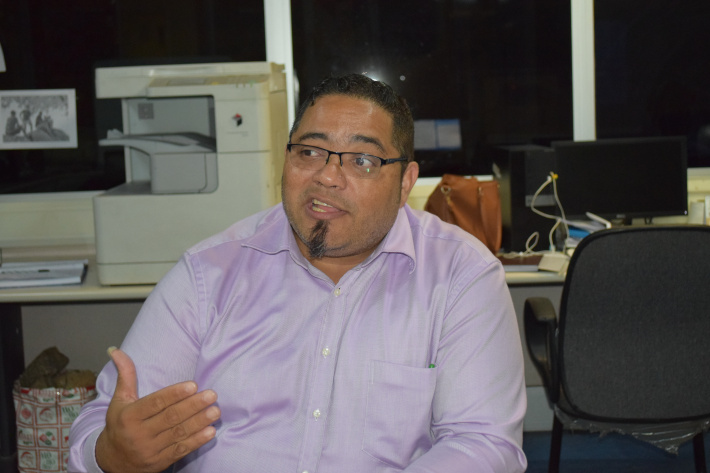 The Citizens Engagement Platform Seychelles (Ceps) has described the work carried out in 2022 as satisfactory where it strengthened the working relationship with the three branches of government, namely the Executive, the Judiciary and the National Assembly.

In an interview with Seychelles NATION to outline its plan for 2023, Ceps’ chief executive, Alvin Laurence, said that it was important to reach out and reinforce a ‘rapport’ following the change of administration and Ceps has been able to establish a very good relationship.

Ceps held meetings with Vice-President Ahmed Afif on behalf of the executive, and did presentation to the cabinet of ministers, making several proposals focusing on activities and programmes for children and young people.

“These included the need for more infrastructure for non-governmental organisations to assist parents after school and during school holidays as well as examine the modality of work so that we can sustain more animators to work with these children,” said Mr Laurence.

According to him, there were some progress made in these areas but Ceps plans to enhance the working partnership with key ministries such as social affairs and education.

“There was an improvement but we are not fully satisfied. It is a work in progress and this year in a very public and transparent way we will open the door for more people, associations and movements to get on board,” said Mr Laurence.

Regarding the National Assembly, Ceps said it had several fruitful meetings with the new Speaker, Roger Mancienne, as well as National Assembly members, both locally and internationally. According to Mr Laurence, in its recent international meeting with a South African delegation, the two sides agreed to have exchange programmes to see how they could collaborate and integrate Ceps’ programmes into theirs and vice versa.

Ceps also held several meetings with the Judiciary and Mr Laurence said they have been identifying ways to ensure that citizens understand the role and functions of the judiciary in their everyday life and not only when they go through a bat patch and need legal assistance. He explained that during those consultations organised by Ceps with judges and lawyers, the educational elements of the Judiciary came out and it was important for Ceps to disseminate these information to the public.

Mr Laurence has praised the consultations that took place last year and said although it may seem they are not bearing fruits immediately, the organisation has been able to start building on its information bank, which will be relayed to the citizens as and when the need arises.

Ceps said however one important issue that arose from its meetings last year was the lack of data collection, and this year it will be one of the main priorities alongside developing national campaigns and creating a conducive environment for NGOs to thrive.

“Data collection is a national issue and we have not been spared. But we want to address it this year because we have to support all our projects submitted for funding with statistics, so that we have a strong, plausible argument,” explained Ceps’ CEO.

These three key areas are being integrated into Ceps’ revised national strategy which came to its term last year and will be revised shortly.

Mr Laurence said another focus this year is to focus on attainable, realistic goals.

“We cannot have nine or twelve points but cannot accomplish anything. We will therefore have three realistic points, where we also set a time frame for implementation as well as indicators to measure our achievements over a period of time, because we have been lacking the possibility to evaluate these areas in the past,” he said.

Ceps added that it will also strengthen its partnership with two other national platforms namely the Seychelles Chamber of Commerce and Industry (SCCI) and the Seychelles Inter-faith Council (Sifco).

Another area that it will focus on is ensuring that new associations that are being set up meet all the criteria and understand good governance, which according to Mr Laurence had been lacking in the past.

He said these were noticed from many sports organisations “and we welcome the new CEO of the National Sports Council, and we are ready to support and share our experience”.

Ceps has also said it will focus on quality of associations and not quantity. He said despite having hundreds of organisations in the past, very few were active or meeting the standard. Following a thorough exercise done jointly with the Registrar office, the number of associations dropped from around 600 to 200.

“Seychelles does not need a lot of associations, but rather quality, and those that are here become effective,” he explained.

Ceps said from its meetings it had noticed an increase in cultural groupings and those targeting economic development such as entrepreneurships and these will be the areas that will also be focused on in 2023.

It should be noted that Ceps has received R3 million in the government-funded budget for 2023, which according to Mr Laurence is a 70 percent increase.

“This is already a good sign, and probably reflects the intensity of work of the past year,” he concluded.