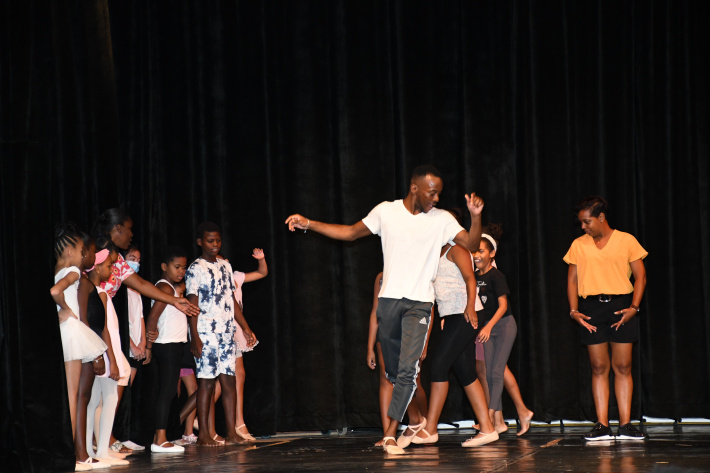 The school of Performing Arts is once again hosting a workshop facilitated by renowned British dancer Shevelle Dynott, who has appeared in numerous productions for the English National Ballet, including Alice in Wonderland as the Mock Turtle, Puss in Boots, The Nutcracker as the Mouse King and The Sleeping Beauty.

Mr Dynott, who is also remembered as the first black child to attend the Royal Ballet School in 1997 and one of the first children to complete the 'Chance to Dance' training and be accepted on the Royal Ballet School's Junior Associates programme, is coordinating the one-week session at the National Theatre in Mont Fleuri. The session started on Monday morning.

The workshop, which will culminate with a final performance on Saturday afternoon at the same venue, is targeting around 40 dance students.

It is the second workshop hosted by Mr Dynott following a similar one at around the same time last year, which focused on dancers from La Digue.

The head of School of Dance, Daniella Rose, said last year due to the Covid-19 situation, the group was much smaller and comprised only boys. This time it is a larger group, consisting of both genders, but there are more girl participants, aged 8 years and above.

Ms Rose said unfortunately they could not include all the students from the school and the participants were chosen at random.

She described it as an interesting exchange programme and a great chance to expose the dancers to an experienced choreographer they are not familiar with.

She added that it was also an honour to have Mr Dynott who is a great dancer/choreographer to work with the kids.

“We are so appreciative of Mr Dynott being here, as a black ballet dancer it is inspiring and to share his experience with us as Seychellois,” she said.

When asked about her expectations of this workshop, Ms Rose said she hopes it helps the students to sharpen their ballet techniques and allows them to move forward in the world of dance.

One of the male dancers at the workshop is 19-year-old Ky-Manie Eliza who said although it is not his first session, he was still honoured to be a participant as he was learning from a very skillful and experienced dancer, and was looking forward to the whole experience.

“I appreciate all styles of dance, however ballet is not my strong point but I will still try, plus ballet can improve the way I move, my posture and be integrated into other styles,” said Eliza, son of famous local singer Stephen ‘Elijah’ Eliza.

Another participant is 17-year-old Valery Bibi who has been with the school of dance since 2015 and who sees the session as an opportunity to help her become a much better dancer than she is right now.

“I love all types of dance, from modern to hip hop, so I do not have a problem with ballet; it is actually really good to be knowledgeable in all dance categories, which is what I’m benefiting from in this workshop,” she said.

Speaking to the local media, Mr Dynott said the previous workshop was fun and it felt great teaching and performing the ‘Nut Cracker’ show last year.

He said seeing the enthusiasm of the boys made it even more enjoyable, turning the final show into a successful one.

At the end of this week’s workshop, the dancers will be performing ‘Alice in Wonderland’ since they are mostly girls this time around.

“It is like a different sort of vibe, I really want to use ‘moutya’ in it, since it has recently been recognised internationally, where for example the Queen of Hearts would become the Queen of Moutya,” explained Mr Dynott.

The School of Performing Arts said the show on Saturday afternoon is open to the public and time will be confirmed later.

Our selection of photos show some highlights of the first session of the workshop on Monday. 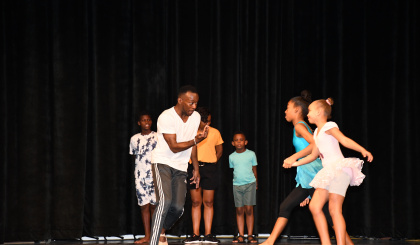 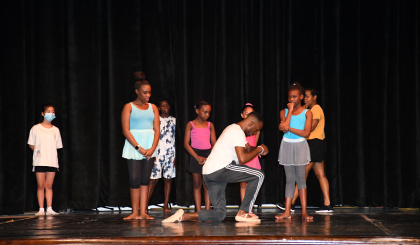 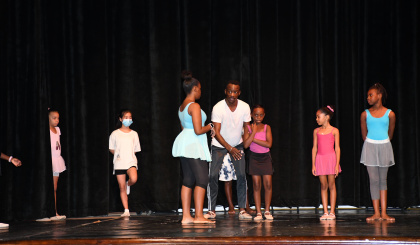 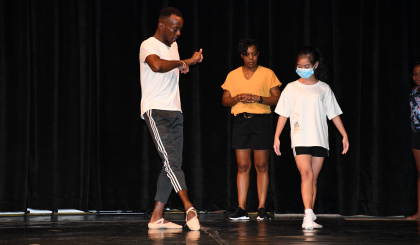 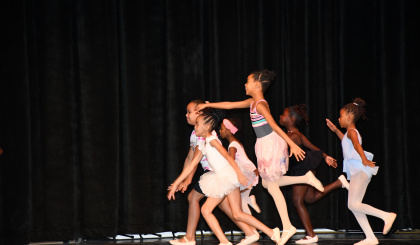 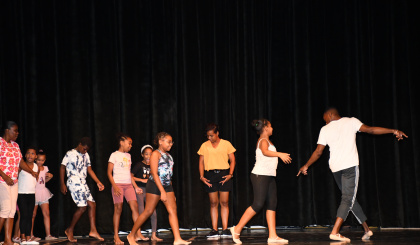