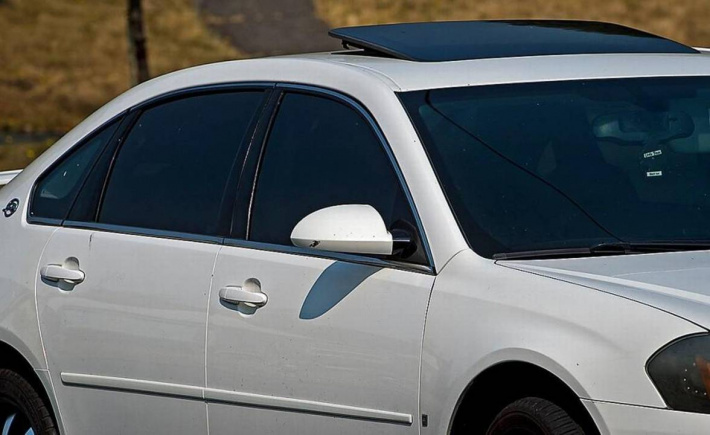 Tinted windscreen or front windows of vehicles that prevents the identification of the driver or passenger in the front seat will be against the law as from January 9, 2023

As from January 9, 2023, tinted materials and other devices installed on windscreens and front windows of vehicles will not be allowed any more.

The statement was made by Kenny Elizabeth, senior legal advisor in the Ministry of Transport, in a press conference held yesterday morning at the ministry’s headquarters, Botanical House, Mont Fleuri.

Also present were the director general for Land Transport, Elvis Adrienne, and the chief of visibility policing in the Seychelles Police Force, Superintendent Antoine Denousse.

Drivers who install any tinted materials and other devices on their vehicle’s windscreen and front windows, without permission, could face prison sentences and be fined, including detention and seizure of their vehicles.

The statement follows the announcement by the ministry that the new Road Transport regulation act 2022 on the restriction on use of tinted materials and other devices, that impair the view of drivers and prevents the identification of persons in the front seats of vehicles, will come into force as from January 9, 2023.

The new regulation enacted on December 29, 2022 by the Minister for Land Transport, Antony Derjacques and which falls under the Road Transport Act, makes provision for prohibition, enforcement, detention and seizure of vehicles that do not respect the specified measurements and mode of use of tinted materials.

Elaborating further, Mr Elizabeth said that while it was permitted before to install a light tint on the front windows, as per the new regulation, a driver operator of a vehicle shall not install or attach any curtain, screen or other devices along the length of the windscreen and front windows that may impair the vision of the driver or causes someone from outside to view the driver.

A vehicle owner, though, may install an antiglare overlay at the top of the windscreen provided that it is not more than 15 cm or 6 inches and in the case of a vehicle of class 7, it shall be at the highest point of the windscreen that is swept by a windscreen wiper, which is permitted under the law. The rear windows and rear windscreen are exempted from these new regulations which mean that drivers can install any tint or any devices on them.

The regulation also makes provision for notice, detention and seizure of vehicles by the police for a period not exceeding three working days if it feels there is a need for further inspection. The detention fee which ranges between R200 and R300 shall be subjected to a release after 3 days.

People seeking for an exemption are subject to certain requirements that must be approved by the Commissioner of Police, Ted Barbe and Road Transport Commissioner (now the director general for Land Transport) Elvis Adrienne. The exemption can be given on certain medical grounds and for security reasons. The exemption certificate obtained must remain in the vehicle at all times and be presented upon request by a police officer or traffic warden.

It is important to note that the commissioner of police has the power to declare void or revoke the exemption certificate based on conditions stipulated under section 10 (1) (a-h). Every current exemption certificate shall become void after 14 working days of the coming into operation of these regulations.

Mr Elizabeth stated that people wishing to acquire vehicles with originally fixed tinted windows have to seek exemption from the commissioner of police prior to importation.

Supt. Denousse reminded that even though the new regulation will come into effect on January 9, the police are enforcing the law against the use of tint on windscreens and front windows of vehicles as per the current act which is still in force.

He added that the police will be out in full force to act on the new regulation.

For his part Mr Adrienne said that the traffic wardens from Land Transport, who have the same powers as the police to enforce traffic laws, will be working with their counterpart to ensure the law regarding tinted restriction is observed. 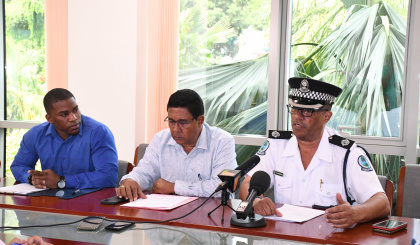