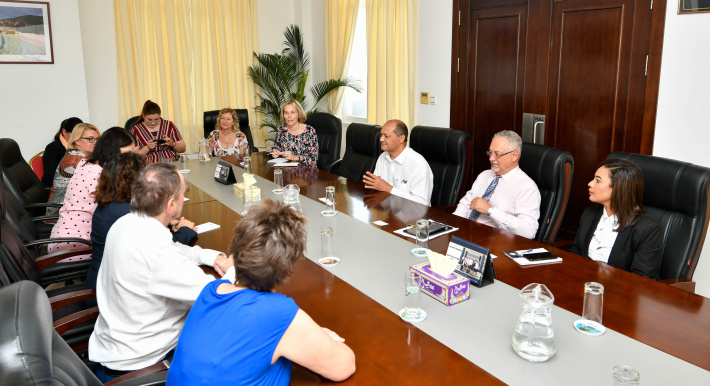 The meeting between the two delegations

Annett Günther, ambassador of the Federal Republic of Germany to Seychelles and the German honorary consul based in Victoria, Kirstin Henri, accompanied the delegation.

The friendly and open discussions focused on strengthening the partnership between the National Assembly of Seychelles and the German parliament.

Both delegations spoke of the various areas of common interests that could be developed further between the two countries, including parliamentary capacity building and exchanges, as well as additional support in maintaining a sustainable fisheries sector, the impacts of climate change and renewable energies.

Speaker Prea was accompanied by Honourable Jean-Francois, chairperson of the International Affairs Committee (IAC) and Jutta Alexis, clerk of the National Assembly.