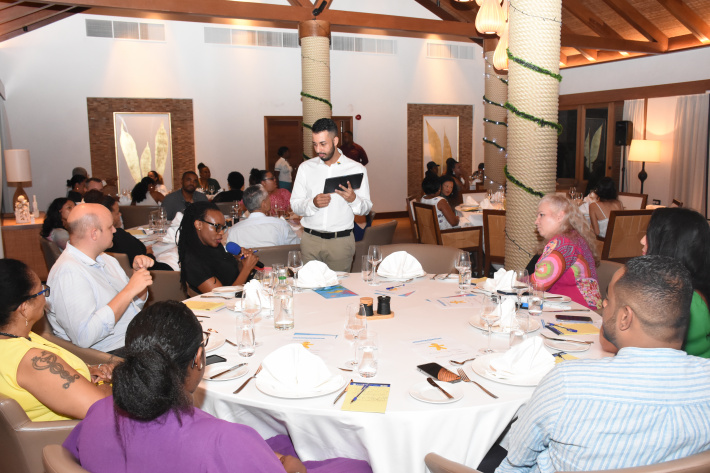 Some highlights of the interactive workshop (Photos: Patrick Joubert)

LGBTI Sey, an organisation regrouping the lesbian, gay, bi-sexual, transgender and intersex persons in the country, held an interactive workshop with representatives coming from different sectors in government, and representatives from the private sector and embassies on the advancement of human rights, especially in relation to LGBTI rights and also on how to promote LGBTI tourism in the country.

Held on Monday evening at L'Escale Resort Marina & Spa, Roche Caïman, the workshop was organised in collaboration with United for a Purpose Brigade and Aids and Rights Alliance for Southern Africa (Arasa). The theme was ‘Sexuality Orientation and Gender Identity (SOGI) and Bodily Autonomy and Integrity (BAI), and the beneficial impact this could have on tourism by promoting Seychelles as an LGBTI friendly destination.

Speaking to the press, the chairman of the organisation, Naddy Vidot, said it was important for LGBTI Sey to have a conversation with representatives from government and the private sector, especially in the tourism business, to give them a chance to ask questions and get clarifications with regard to ‘sexuality orientation and gender identity and bodily autonomy and integrity’ and for the organization (LGBTI Sey) to get their views on the promotion of LGBTI tourism in the country.

He added that the workshop is in recognition of the work done by LGBTI with regard to human rights in the country.

“We want them to be in a safe and comfortable place where they could ask us anything and we can hopefully give them the information so that they will be better informed to promote human rights, especially with regard to sexual orientation, gender identity and bodily autonomy and integrity. When they have this conversation within their organisations this will also help better promote LGBTI tourism,” Mr Vidot said.

He noted that they did not organise the workshop to judge other people’s views but they only wanted the people to feel free to communicate with them (LGBTI) so that they can understand where there is a lapse of information and work to bridge the knowledge gap.

Mr Vidot added that Seychelles is more advance in LGBTI rights compared to a lot of neighbouring and many other countries around the world.

“We are more advanced than we are being recognised for. I think it’s important that we bring the right attention to this,” he added.

The country is expected to pass hate crime legislation next year that will offer legislative protection against homophobia and transphobia, for persons living with HIV, for persons who are differently abled and against sexism etc..

With regard to LGBTI tourism, Mr Vidot said it represents a huge market which the country, as a tourism destination, can benefit from.

He added that LGBTI tourists have high spending power and they would normally look for vacations in LGBTI friendly destinations.

He noted that with our country being a safe and friendly tourist destination, more work has to be done to attract LGBTI tourists as there is not much information available to lure them to come here for their vacations.

LGBTI Sey is a non-government organisation that advocates for equal human rights, irrespective of sexual orientation or gender identity. Its current strategy is to increase visibility and awareness on LGBTI issues, by promoting national dialogue that ultimately leads to legislative reform and change in policy- whether that be in government institutions or, in the company policies of businesses in the private sector. 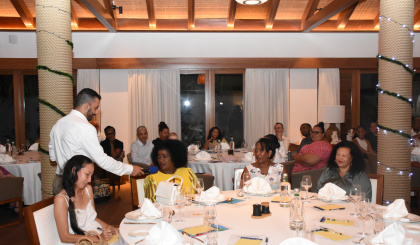