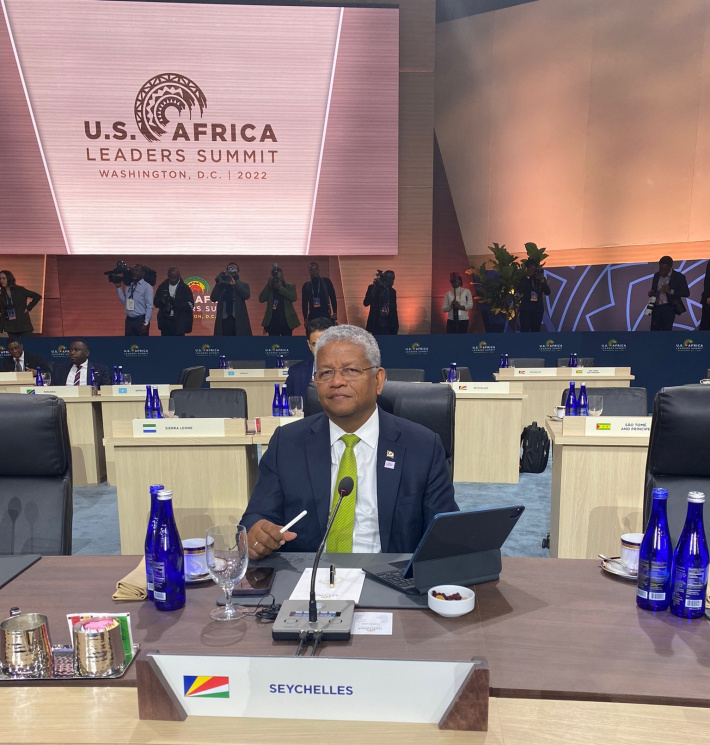 President Wavel Ramkalawan has described Seychelles’ presence and participation at the just ended US-Africa Leaders’ Summit in Washington D.C. as “crucial and fruitful”.

He made the remark in an interview on the last day of the Summit.

President Ramkalawan was among more than 50 African heads of State and government and high-level dignitaries who attended the US-Africa Leaders’ Summit held in Washington, UNSA this week.

Among some of the key events, President Ramkalawan attended the US-Africa Business themed ‘Charting the course: The Future of US-Africa Trade and Investment Relations. The session explored the importance of global trade and investment, partnerships and Africa becoming one of the world’s largest single market while also looking at developing key industries on the continent such as automotive systems, pharmaceuticals, energy and ICT.

On Thursday as part of the summit events, a series of leaders’ sessions chaired by Joseph Biden, President of United States, driven by the Partnering on Agenda 2063 were held.

The President also attended a working lunch on Multilateral Partnerships with Africa to meet Global Challenges. This was later followed by a Leaders session on Promoting Food Security and Food Systems Resilience.

Speaking in an interview on the last day of the summit, President Ramkalawan described Seychelles presence and participation at this summit as crucial and fruitful.

“It was imperative for us to continue advancing the causes and challenges of African small island nations. Ensuring the voice of oceanic states are heard in an otherwise global platform where largest countries of mainland Africa are always on the forefront is very important. Despite our size, small island nations like Seychelles, Cabo Verde and Mauritius, are performing extremely well. However, it does not mean we do not require assistance. We remain vulnerable to climate change and other shocks hitting the planet as the ongoing Ukrainian war is showing,” said President Ramkalawan.

On the overall participation at the summit, President Ramkalawan said discussions were essential and it will be interesting to see how Seychelles and other African island nations fit in the plans ahead.

Prior to his departure from Washington DC, the president, as is customary, met with a group of Seychellois living and working in Washington DC and surrounding states.

The accompanying photos show President Ramkalawan interacting with some members of the Seychellois community in Washington DC as well as some highlights of his last day at the Summit. 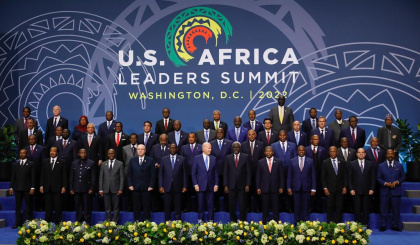 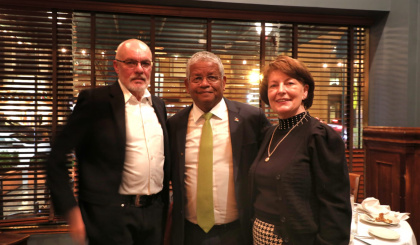 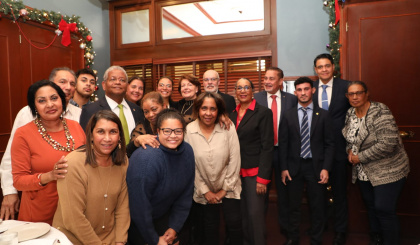 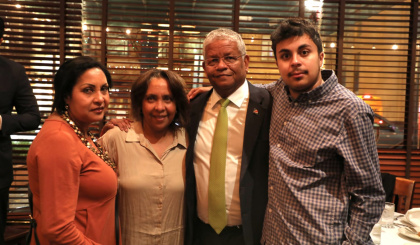