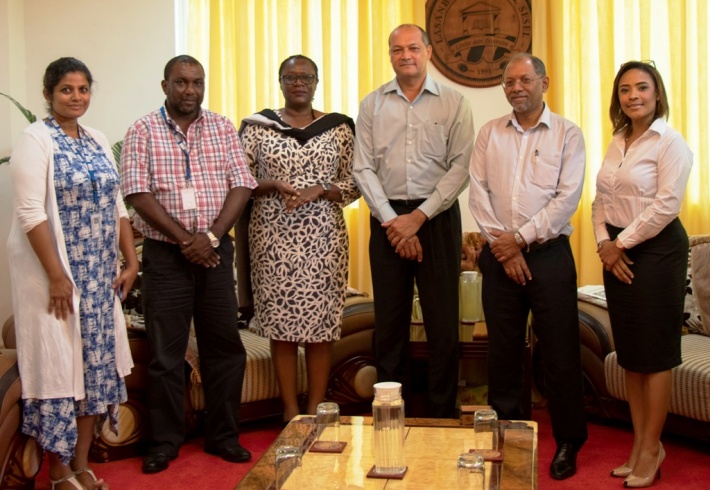 The two delegations pose for a souvenir photograph

During the meeting both Mrs Serumaga and the Speaker, who was also accompanied by the deputy Speaker, Ahmed Afif, and the Clerk of the National Assembly, Jutta Alexis, expressed appreciation for the partnership that has been sustained with UNDP in Seychelles, especially for the hosting of a workshop in 2018 to commemorate the first International Day of Parliamentarism.

Key areas of cooperation were also discussed involving further collaborations that could be explored between the two institutions for capacity building and partnership for an annual SDG focused workshop to commemorate International Day of Parliamentarism.