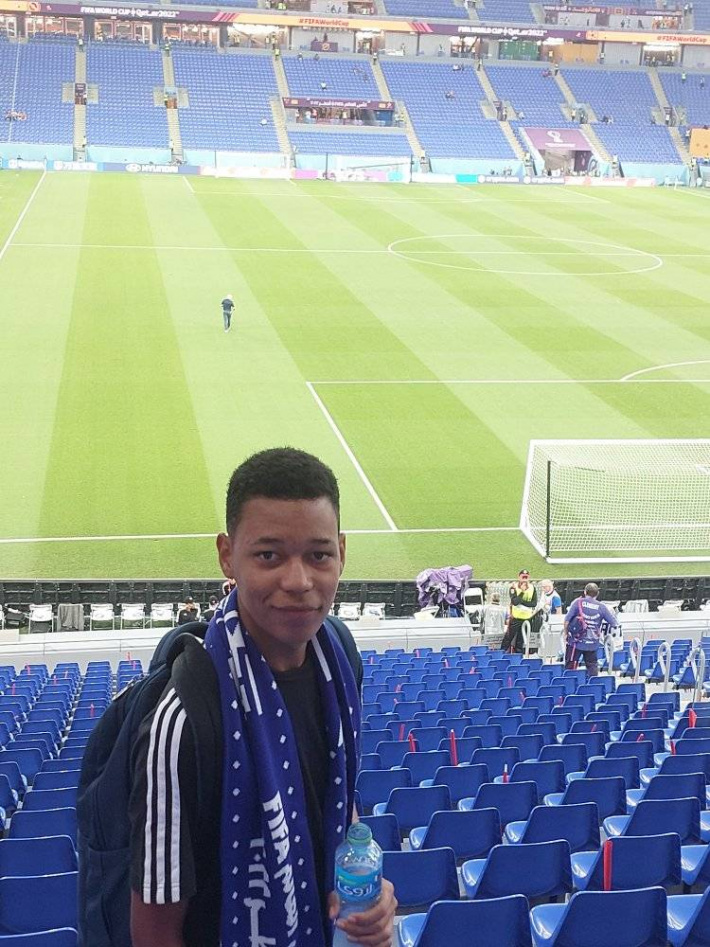 Yan-Luc in the stadium during the England v USA game

The young England supporter was accompanied by his mother, Dr Louine Morel, who is a fan of the French team.

After they shared their experience at matches through photos posted on Dr Morel’s Facebook, Sports NATION contacted them to hear more about the experience and Yan-Luc did not let this opportunity pass by.

“I heard my mum saying a few times that she is saving up to go to the World Cup in Qatar. I never thought she would manage to pull it through. The opening ceremony of the World Cup was on my 15th birthday, and as my birthday present, two days later we flew to Qatar to attend our very first football World Cup.

“The excitement was amplified as soon as you reached the airport. With a swarm of supporters making their way from their respective flights wearing their countries’ colours,” said Yan-Luc.

The International School Seychelles (ISS) student added: “My mum is a France supporter and I am an England supporter. She made sure that we both get to see our teams in action. The first game we watched was the England v USA encounter at 10pm which was already past my bedtime, but the excitement was through the roof to miss the game. It is an experience a television screen cannot provide. As you walk in, the stadium is filled with supporting fans screaming at their favourite players to score goals. Unfortunately, I did not get to see any goals in that match, but I am happy that England did not lose. All my star players were there and I was happy to see them, especially Jude Bellingham and Bukayo Saka.”

If the match between England and USA ended in a goalless draw, Yan-Luc and mum witnessed three goals in the second game they watched.

“The second game was between France and Denmark. The atmosphere was totally different. We sat in the France fan zone and participated in all the chants, dance and Mexican waves going round. The game was played at a spectacular stadium called 974. I hope they don’t dismantle it after the World Cup as the location by the sea is the best. I got to witness three goals and the excitement that rattled the ground of the 974 stadium with Mbappe’s late winner for France.

“I now have a new appreciation for the game and respect for the players as I saw the game from a new perspective. I could see the immense skillsets that is needed for a pass that could turn the game around and keep you on your feet the whole game. That can only come from years of perfecting the game and a lot of sacrifice. This is an experience a football fan needs to experience at least once in a lifetime. I am happy I got the chance to go to the World Cup in Qatar. Hopefully I get the chance to attend more matches in the future, especially Liverpool games in the English Premier League,” said Yan-Luc.

When asked who he thinks will win the World Cup trophy, Yan-Luc replied: “I am a big supporter on the England team, but hopefully an African team will win this time.” 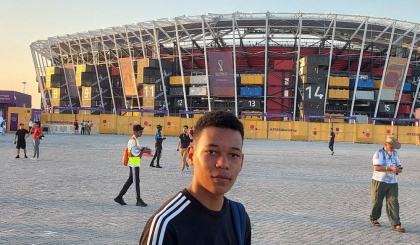