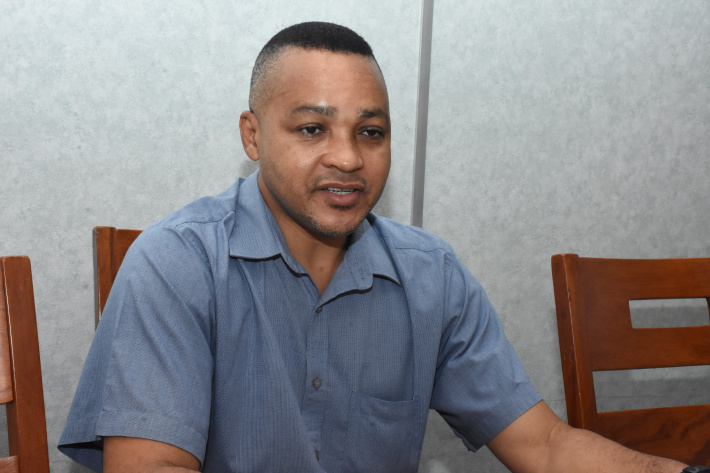 Despite the fact that both demand and supply for foreign exchange have this year exceeded that of 2021, the Central Bank of Seychelles (CBS) has observed for the month of November this year, demand outpacing supply.

First Deputy Governor Brian Commettant noted at the monthly press update yesterday morning that in comparison to November last year, demand is by some 10 percent, and supply by 13 percent, but the increase in demand is expected as the festive season draws nearer.

“The increase that we are experiencing towards the end of the year is something that we usually observe, associated with an increase in importation which coincides with the Christmas and New Year celebrations. But for this year, other factors such as price increases in international market are contributing towards the increase in foreign exchange demand,” Mr Commettant noted.

As a result of demand outweighing supply, outflows for the month stand at USD ($) 4.4 million (as at November 22). In comparison, during the same month in November 2021, the economy retained $5 million.

According to Mr Commettant, the Seychelles Rupee (SCR) remains generally stable against other prominent foreign currencies, an important factor in maintaining price stability despite increases in international markets.

The exchange rate for both USD and Euros (€) has persistently remained in the R14 range for numerous weeks, with the rate of a $ at R14.22 on November 23, a slight decrease of 0.8 percent from R14.34 a week before, on November 16. The Rupee appreciated by 11 cents against the USD.

As for the Euro, the rate on November 23 stood at R14.67, a decrease of 1.2 percent as compared to November 16, meaning the rupee appreciated by 17 cents against the Euro.

In terms of flows on the market, there has been an increase in demand, but reduction in supply on a weekly basis. Demand for the week of November 16 to 22 stood at $18.6 million while supply was at $16.2 million. The previous week, November 9 to November 15 saw demand of $16 million and supply at $17.9 million, representing an increase of 16.1 percent in demand from the week of November 2, and decline in supply by 9.1 percent.

Presently, the country’s foreign exchange reserves stands at $646 million, $483 million of which can be used.

The tourism sector remains the biggest supplier of foreign exchange, contributing 38 percent of the total supply, followed by the fisheries sector at 4.5 percent, ship chandler at 3.4 percent, offshore at 1.8 percent and professional services at 1.3 percent.

Demand remains high in commerce-related sectors, namely, wholesale and retail which accounts for 22 percent of total demand, petroleum at 14 percent, telecommunications at 6.6 percent, manufacturing at 4.5 percent, and tourism at 4 percent.

With almost 300,000 visitors up until November 20, the tourism sector’s performance remains positive, a 95 percent increase as compared to last year. As per records held by the CBS, the sector is estimated to have contributed $824 million towards the domestic economy from January to October, also a substantial improvement of 91 percent from the same timeframe last year.

Considering the Seychelles economy’s vulnerability in relation to external shocks, Mr Commettant urged actors in the domestic market to remain vigilant towards external developments, which have a direct impact on the economy.

He noted that the economy remains fragile amid certain persisting uncertainty.

The International Monetary Fund (IMF) is forecasting “a sharper than expected slowdown, with inflation higher than seen in several decades”.

In fact, food and energy prices remain elevated, and the Food and Agriculture Organisation (FAO) Food Price Index in October 2022 was 2 percent higher than in 2021. While the price of brent crude oil remained elevated this year, the expectation is that it will by 2023 reduce.

In relation to the national budget, Mr Commettant noted that the R10.5 billion budget is projecting a primary surplus as opposed to primary deficit in 2022, while the debt-to Gross Domestic Product (GDP) ratio is expected to be at 64.7 percent from 68 percent in 2022.