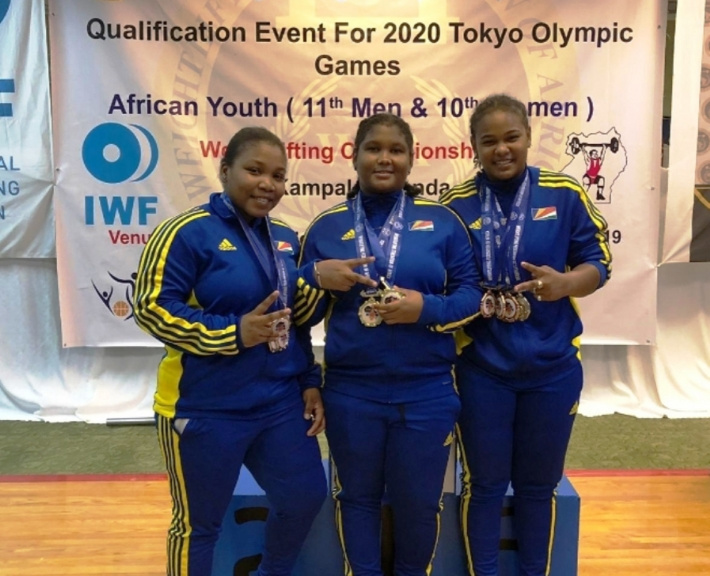 Local iron girl Shakira Joubert has climbed onto the highest step of the medals podium of the 87kg category at the ongoing African Junior and Youth Weightlifting Championships in Kampala, Uganda, after winning three gold medals.

In the 87kg category, Rose snatched 60kg and lifted 72kg in the clean and jerk for an Olympic total of 132kg, earning her three gold medals in the junior class.

In the 76kg group, Koloma snatched 55kg before lifting 70kg in clean and jerk for an overall total of 125kg, earning her the second overall spot in the group and three silver medals in the youth category.

Seychelles’ other medals – three silver – came courtesy of junior lifter Valmont in the 81kg category, where she snatched 60kg and lifted 82kg in clean and jerk for a grand total of 142kg.

The athletes are being accompanied by coach Macdonald Henriette, while Terrence Dixie is the head of the delegation.