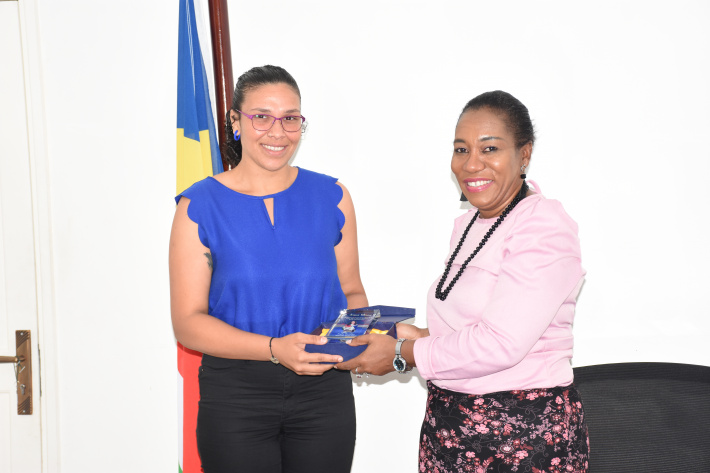 Shortly after inscribing her name in the country’s record books for being the first woman to bring home a medal in international boxing, boxer Arianna Memee has now been assigned sports ambassador’s duty so that she can share her exceptional commitment and ability with the younger and future generation of athletes.

Memee was given the assignment yesterday afternoon by Minister for Youth, Sports and Family Marie-Celine Zialor, during a courtesy call at the minister’s office at the Family House, Bel Eau, in the presence of principal secretary for youth and sports Ralph Jean-Louis.

She was accompanied by coaches Rival Payet and Jerry Legras, along with secretary general of the Seychelles Boxing Federation (SBF) Edmond Folette.

Memee returned home on Tuesday from the recently-held 2022 AFBC African Men’s and Women’s Championships in Maputo, Mozambique, where she won a bronze medal ‒ the country’s first ever by a female boxer in international competitions.

Competing in the 69kg category, Memee started her journey at the championship in the quarterfinal where she beat Temnotfo Dlamini of Eswatini on points, before losing her semifinal fight by RSC (referee stopped contest) to Brigitte Mbabi of Congo.

Other than pledging the full support of the government, Minister Zialor noted that as a role model, Memee will have to attract more girls into sports, preventing from them from negative influences or social ills, including teenage pregnancy.

SBF secretary general Folette noted that as ambassador, Memee’s main task is to attract more girls to boxing. He explained that since there are fewer bouts in female competitions, it is easier for them to reach medal position, something Memee experienced at the championships in Maputo.

Mr Folette said with the support of everyone, Seychelles’ female boxing will definitely improve on the bronze medal.

The sports ambassadors’ initiative was launched in 2013 to commemorate the 30th anniversary of the National Sports Council (NSC).

The ambassadors are selected due to their sporting talent, and more importantly, due to their exceptional commitment and ability to lead others.

The programme aims to inspire young athletes and provide them with skills that support their involvement in sports from the school environment through to adulthood.

It seeks to develop leaders and volunteers further by providing them with the responsibility of being an ambassador for sports. 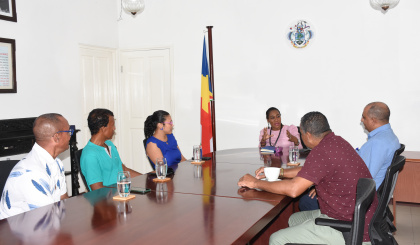