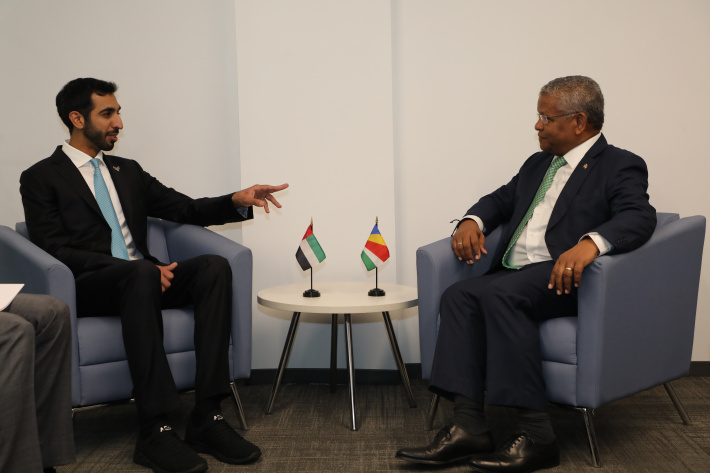 The meeting was held at the Seychelles Mission in New York.

On behalf of Seychelles, President Ramkalawan conveyed the heartfelt appreciation to the UAE government for all the support extended to Seychelles thus far and the country’s willingness to further consolidate bilateral relations through new avenues of cooperation.

“Seychelles is keen to engage with the UAE in new fields of cooperation of mutual interest and we are incredibly grateful for the continuously growing bonds of friendship and partnership that exist between our two governments,” said President Ramkalawan.

The UAE minister, H.E. Sheikh Shakhboot Nahyan Al Nahyan, on his part expressed the UAE government’s willingness to further enhance the country-to-country partnership while also readily extending their support to an exemplary island nation such as Seychelles that is leading in key domains not only in Africa but on the worldwide platform.

Sheikh Shakboot gave the good news and confirmed that the UAE will implement Phase two of the Barbarons Housing project, which includes a new batch of 40 Units.

The meeting in New York served as an important opportunity for the two leaders to review and agree on the way forward and expected timeline for the above-agreed projects. 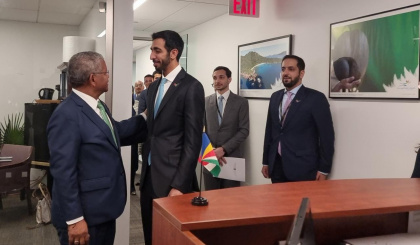